The cube is one of the most basic 3D shapes and the building block (pun intended) of many LEGO models. Two different creators have recently drawn inspiration from the cube with wonderfully diverse results. The first model is a plucky little robot by Markus Rollbühler which combines teal and dark red elements in stark contrast. There are two nice parts used in the arms: a minifig torso armor part, and the torso of a B1 battle droid for the hand. The new printed eye tile from the recent LEGO Harry Potter 75950 – Aragog’s Lair gives the eye an unexpected look. 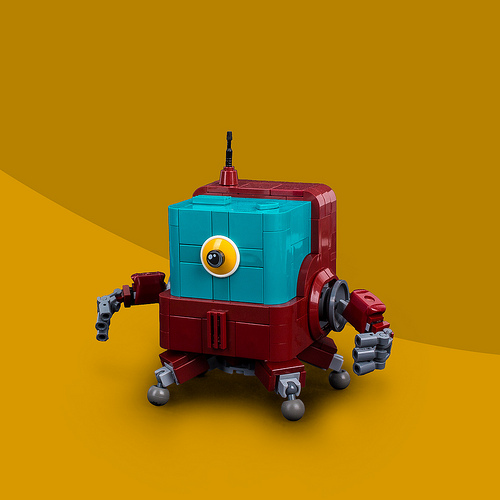 The next model is this floating star-fighter (coincidentally, also with one eye) by Anthony Wilson and was created for a building competition called Space Jam. But there is more to this model than meets the eye. This star-fighter transforms with a flip of the black guns on either side of the ship. 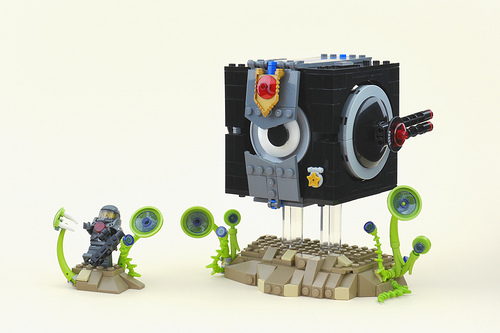