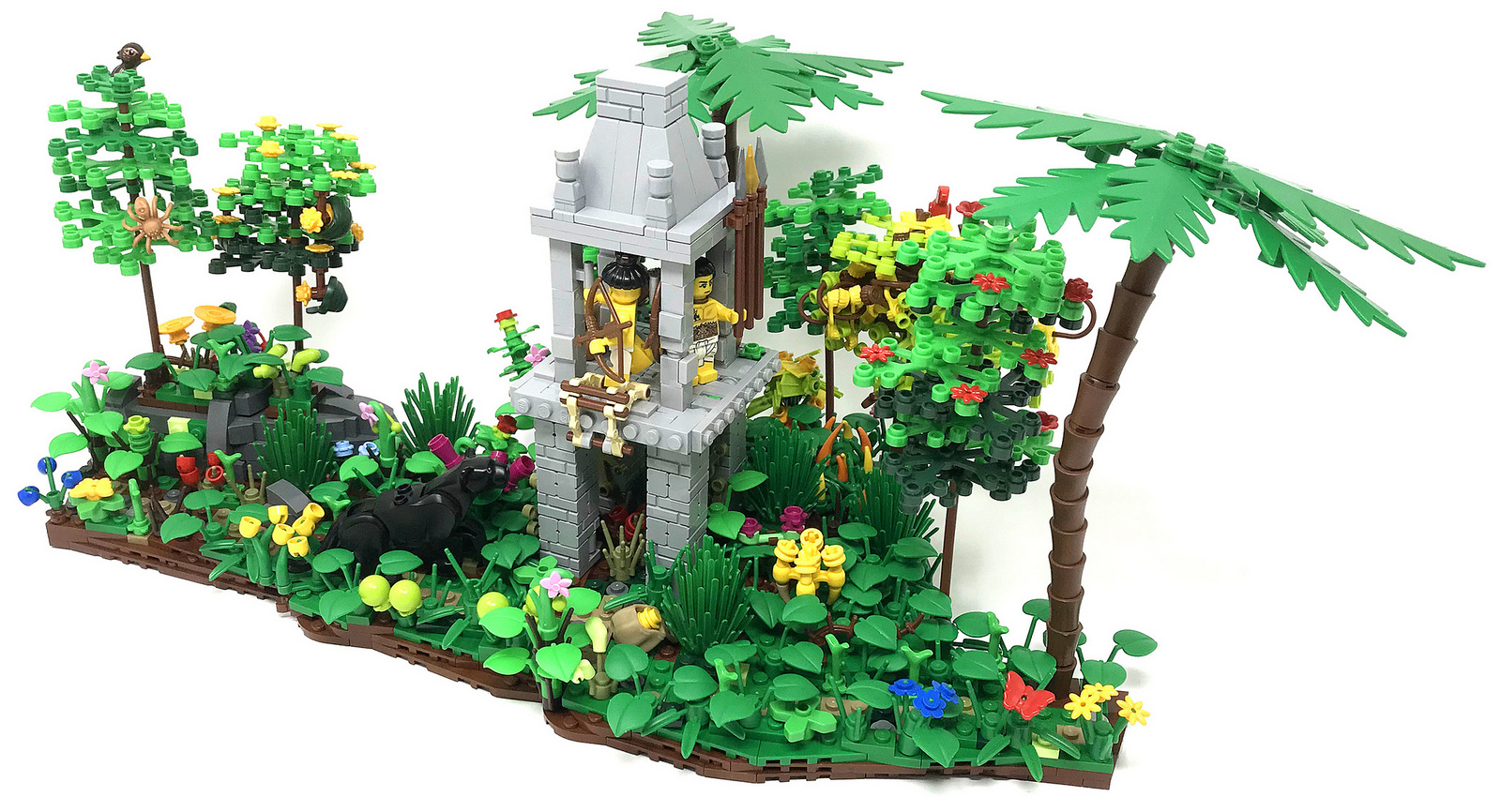 Stefan has a knack for landscaping in LEGO bricks, and that is what caught my eye with his Myzectlan model. He captures the jungle atmosphere through using multiple shades of green, peppered with colorful flowers. While stock LEGO flowers are used, Stefan also embraces biodiversity by using non-traditional parts for creating convincing plants. Small lever bases are turned upside down and placed on flower stems. Even minifigure flippers and radar dishes are called into service. My favorite flower is made up of the yellow Technic knob wheel, barbs, and Technic bushings. It’s convincingly tropical, and I might just have to borrow that technique. 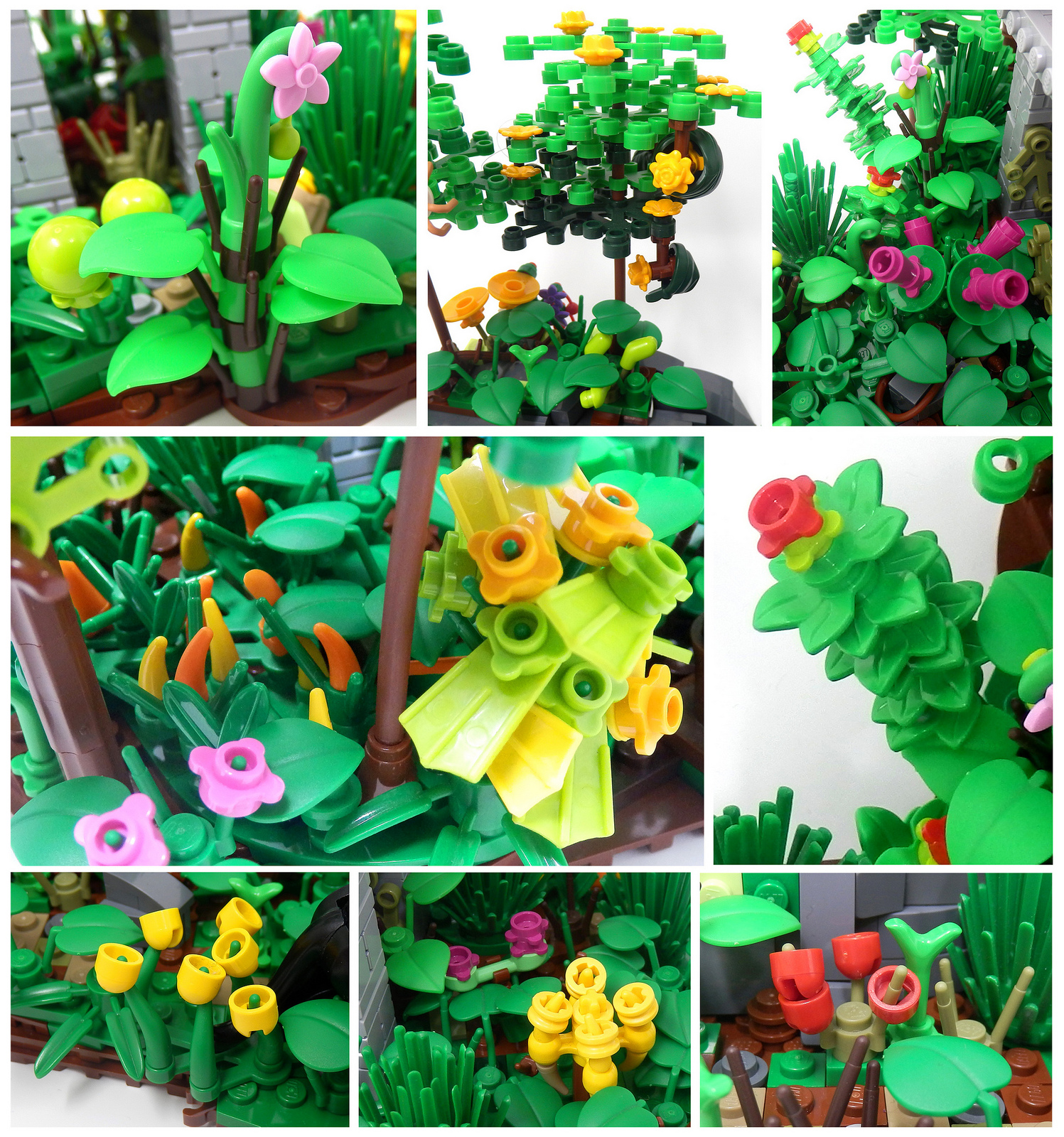