Welcome to Day 16 of our LEGO Advent Calendar countdown. Each day, we’ll reveal the three mini-builds from the LEGO Star Wars, LEGO Friends, and LEGO City 2018 advent calendars along with commentary from The Brothers Brick team. 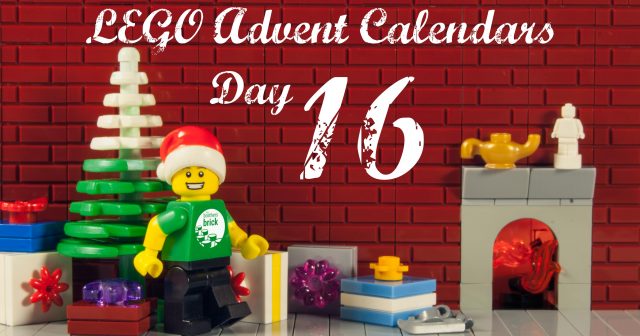 For Day 16, we have a Rathtar from Star Wars, a cupcake ornament from Friends, and a cupcake cart from City. 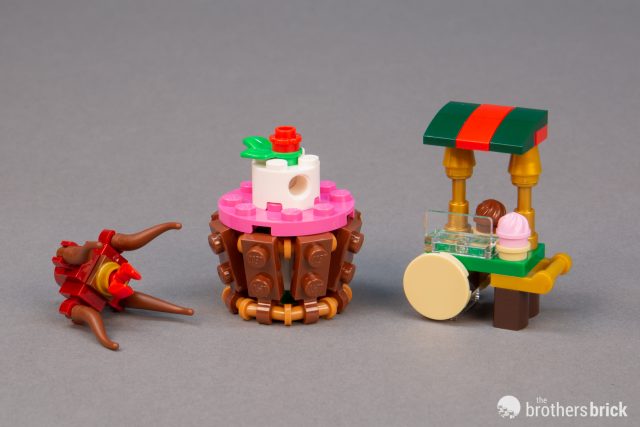 Dave: That Rathtar from The Force Awakens is a (dare I say it) cute version of the one from 75180 Rathtar Escape and even reminiscent of the tiny Dianoga trash compactor monster build in 75159 Death Star. The Friends cupcake is awesome. I am seriously enjoying the creativity and higher-piece count of the builds this year. It even includes two nougat-colored modified 2×2 plates with bars on all sides, a piece in that color that only has come in huge sets before like 71043 Hogwarts Castle and 70620 Ninjago City. And I love when the day is themed across multiple calendars, whether that was intentional or not. I can imagine the big cupcake as a decoration outside a City bakery with a few of those carts. Well done all around!

Nick: Flipping the brown 1×2 plates with clips around on the cupcake would give it a better cake-like texture, but that’s a small nitpick on another smart build in the Friends calendar.

Andrew: A great trio of models today. I’m not sure why the top of the Friends cupcake has a hole through the middle (the 2×2 round brick does exist without the hole), but otherwise the Rathtar, large cupcake, and minifig-scale cupcake stand are all excellent.

Chris: This is one of the better days so far. The Rathtar is pretty great with a relatively rare red bar with clip (only ever appears in 21306 Yellow Submarine and 70623 Destiny’s Shadow), and I’ll never get tired of those brown cow horns. The cupcake is quite clever, even if it does look a bit messy with so many studs. And the cart is an admirable little model that looks the part well without being over-sized.