Welcome to Day 2 of our LEGO Advent Calendar countdown. Each day, we’ll reveal the three mini-builds from the LEGO Star Wars, LEGO Friends, and LEGO City 2018 advent calendars along with commentary from The Brothers Brick team. 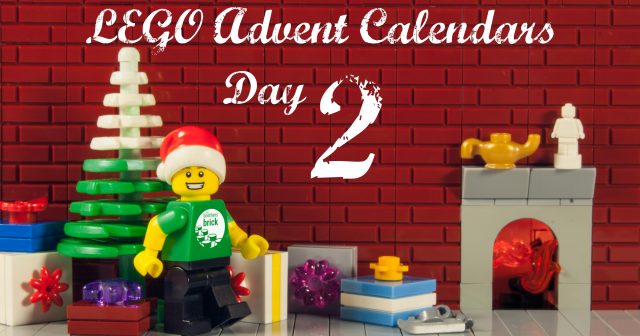 For Day 2, we have Rose from Star Wars, an electric guitar ornament from Friends, and a boy with coin from City. 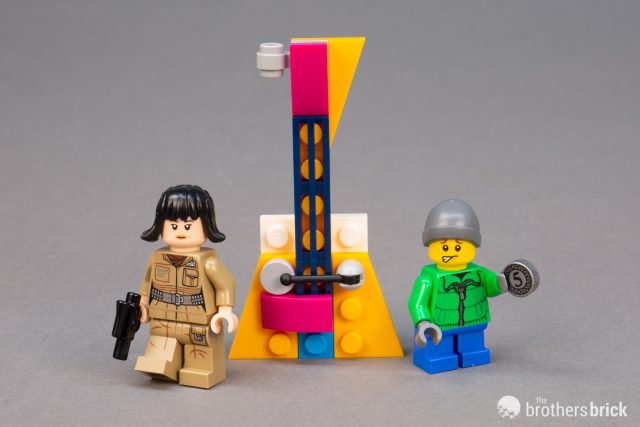 Dave: Day 2 brings minifigures! Star Wars has Rose from The Last Jedi (a repeat fig from 75176 Resistance Transport Pod and perhaps my least favorite character from the newer films). City has a boy in a winter outfit holding a coin. Nothing on the boy is particularly exclusive and I wish that LEGO would update that green torso since it has appeared in EVERYTHING. The boy’s head is double-sided (originally from 10247 Ferris Wheel) so that is a saving factor. And what exactly is he intending to purchase? A discount trip on the wingless space shuttle from yesterday? The Friends electric guitar ornament is fun with bright colors, though with more parts then past years, the instructions for the Friends builds are quite compact on a little square of cardboard.

Chris: I have to agree with Dave, that green torso has got to go. It’s become this generation’s version of the green vest. The guitar is one of the weaker models from the Friends sets as it has too many colors. Plus, the sharp corners in the middle just look weird. And for Star Wars, there’s Rose, who actually only came in one other set, making this a nice second chance for those who missed the Transport Pod.

Daniel: Man, that is one monster instrument… if Picasso designed a LEGO guitar.

David: I love that guitar. In my imagination it’s probably a replica of one of Prince’s dearly-missed bespoke models.

Nick: Kid’s got a nickel for every string that bass is missing.

Rod: Biggest guitar ever? I would love to see a minidoll trying to play it.

Andrew: Rose is one of my favorite new Star Wars characters, and it’s great to see her getting some love beyond the fun but forgettable Transport Pod and truly awful 75201 First Order AT-ST.

Edwinder: “I only have five republic credits! What can I buy? Well, I could give you this loud fancy guitar! If the sound doesn’t blast your ears, the colors will pretty much blind you.”