The M:Tron range of LEGO Space sets released back in 1990 never made any bones about the utilitarian  nature of its magnet-laden fleet. It was all about finding innovative ways of lifting and moving its precious equipment cases around the galaxy.  Tim Goddard, whose space work has become a regular feature here on TBB, has really run with this idea of transportation.  He asks, how do you deploy your beautifully built M:Tron mech to the planet surface?  With the M:Tron Pod of course. 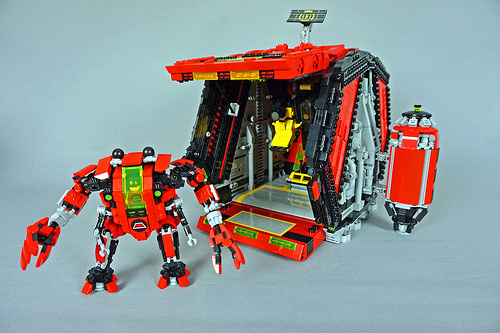 Having had a close-up look at this build at Bricktastic earlier this year, I was mightily impressed by the lengths Tim had gone to, to make his Pod hexagonal.  Of course it also has a fully functional hatch mechanism. Like so much of his work, it’s a splendidly detailed homage to one the LEGO Group’s most-loved themes. 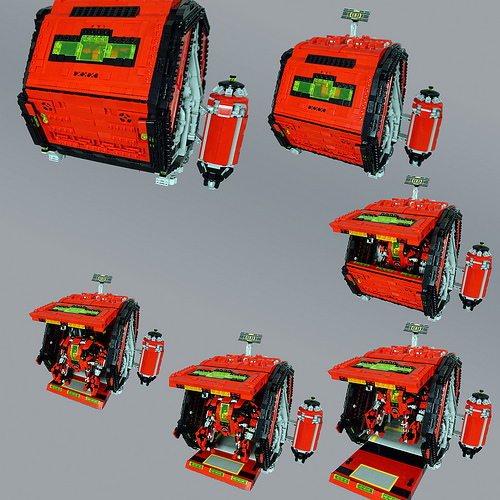 2 comments on “M:Tron – delivering to a galaxy near you soon”