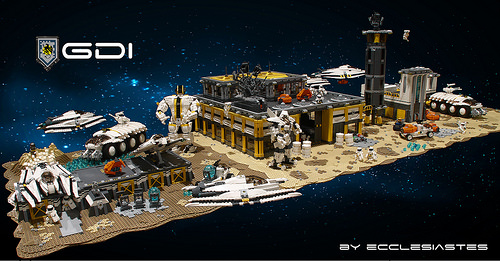 The large woodlouse-like Harvester 2 rovers are great models in their own right, doubling curved elements to create their distinctive shells. 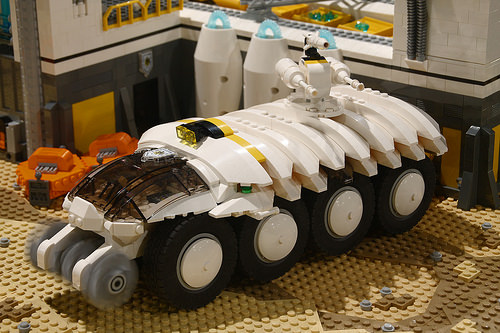 There are many more highlights to be seen, including several animated components. These allow the row of spaceships to be raised to launch trajectory and the base’s radar dish to spin.