Whether Mewtwo or Lukatwo is a good name for a baby is an open parenting debate, but DanielBrickSon‘s LEGO Mewtwo is a powerful and undebatably expertly built. In public perception, this Pokémon has a strange place. Die-hard fans will love it, but people with passing interest in the franchise may be scratching their heads, as it was difficult to obtain in the games and was a plot device in a few episodes of the anime, as opposed as some better known Pokémon (looking at you, Pikachu!), which were proper characters. 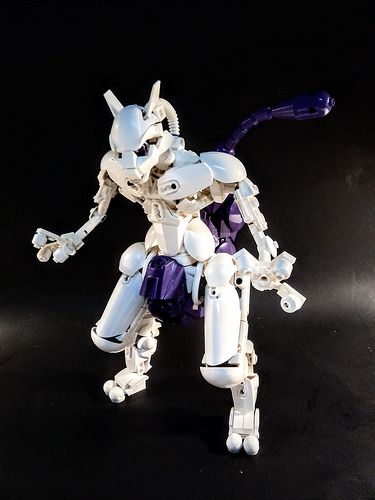 Daniel has captured Mewtwo’s curved shapes perfectly, using constraction armor parts and round system elements. The purple stripe and tail deserve some attention, as the curve on the belly appears to be made out of Bionicle masks. The build is mostly Bionicle and constraction based, but includes just enough System bricks like minifig helmets and horn pieces, to smooth out some rough edges. The builder even added some light-up features to make Mewtwo’s psychic attacks even more intimidating. 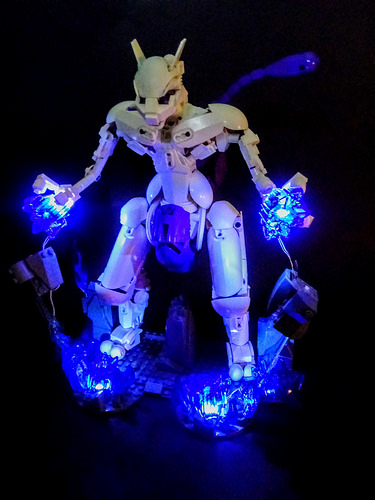