As a child, there was a special excitement connected to the release of a new colour of Classic Space astronaut; so when Peter Reid persuaded LEGO to include green spacemen in his LEGO Ideas Exo-Suit set, my heart skipped a beat. These same minifigures have inspired Kloou to build an epic retro sci-fi styled control tower. Arguing that the green spacemen have been denied a full range of sets he thought it only fair to build this amazing base in suitable green livery. 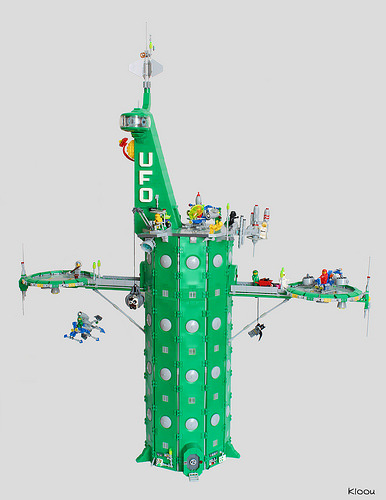 He’s done them proud, with the UFO tower sporting the traditional space symbol in 3D, some seriously cool radar arrays and multiple landing pads for a whole host of space scooters. What more could a spaceman ask for? 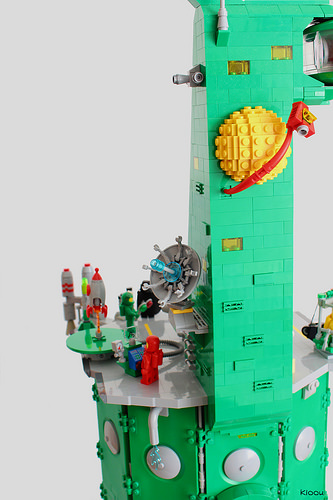 4 comments on “The future will be green”