Question: “How did you build this?” Answer: “By making a plan and sticking to it.” The question is one that many LEGO builders will have had. The answer, in my case, is completely true, but also wholly inadequate. So, in an attempt to give a more fulfilling answer, in the next few weeks I’ll occasionally write a piece detailing the progress on my latest project: a scale model of a Grumman E-1 Tracer aircaft. 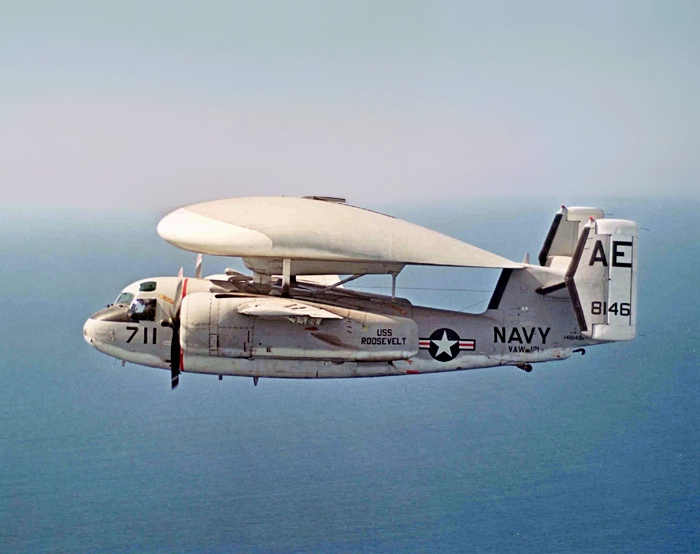 Some builders start by experimenting with a few pieces until they find a combination they like. They then build the rest of the model from there. I’m not one of those people. I plan my builds. “Doesn’t that kill spontaneity?”, you may wonder. Well yes, it does, but if I wanted to build a scale model of a complex object such as an aircraft spontaneously, it simply wouldn’t happen. My brain doesn’t work like that. Furthermore, I enjoy looking at pictures of aircraft, reading about them and thinking about which to build and how to build it. To me this is half the fun. If If I am spontaneous, I’ll build car. 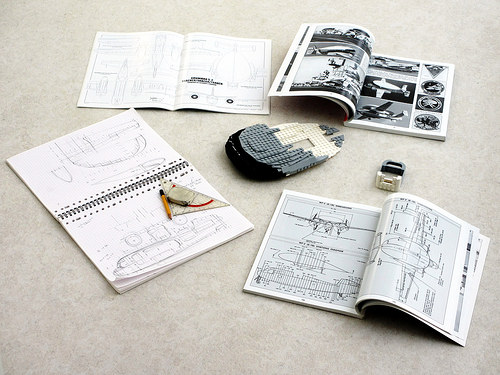 The E-1 Tracer is a twin-engined Airborne Early Warning aircraft. It was used by the US Navy aboard aircraft carriers, from the late fifties to the mid-seventies. Crucial for the aircraft’s role was a radar antenna in a large radome on top of its fuselage, that allowed it to detect and track enemy bombers more than 90 miles away. It could also direct the aircraft carrier’s fighter aircraft to intercept them. For its day this was pretty impressive. I have been building US Navy aircraft from 1965 for a while now, including an EA-1F Skyraider electronic warfare aircraft and an A-3B Skywarrior bomber, as well as some of those fighters. I also have a model of the Tracer’s replacement, the E-2 Hawkeye, so a Tracer seemed like an obvious choice. It’s a difficult shape, however, which put me off it for a while. First and foremost, there’s that big radome. It has a sort of flattened teardrop shape. Then there’s the fuselage. The aircraft has a bulbous nose and cockpit and there doesn’t seem to be a straight line on it. Finally, the wings are mounted at an awkward angle and they fold in a complicated manner. 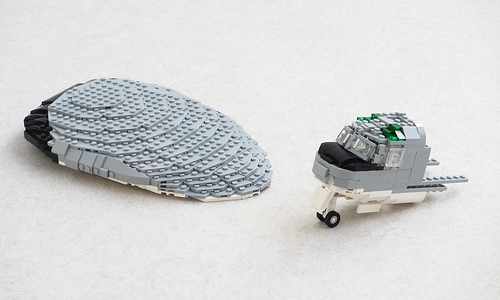 My plan consists of a few drawings on graph paper. I used reference drawings from a few books I bought for the occasion. My drawings show the sizes of various parts of the aircraft and where they are located relative to each other in studs. I don’t want to have to work all of this out when I am already building a complicated shape and I hate having to rebuild something I just spent hours putting together, because I have messed up the scale. I always start actually building with the difficult bits, because I know that once I’ll have finished those, I’ll probably be able to finish the project. The radome is largely done and I spent several hours this weekend building the nose and the cockpit section. Next, I’ll probably tackle those awkward folding wings and the engines.

Continue reading about the E-1 Tracer in part 2 of this series.

6 comments on “How to build a Grumman E-1 Tracer early warning aircraft from LEGO: Part 1 [Feature]”