The original U.S. Navy Douglas A-1F Skyraider was an single-seat attack aircraft that saw service between the late 1940s and early 1980s. The design underwent many modifications, including versions devoted to the electronic countermeasures (ECM) mission. Ralph Savelsberg has created a beautifully accurate LEGO version of the EA-1F,  which used ECM equipment to detect and jam enemy radar in the skies over Vietnam.  You can see that the front wing edges are swept back ever so slightly, which Ralph cleverly achieved using tiles and brackets, making each step half a plate thick. 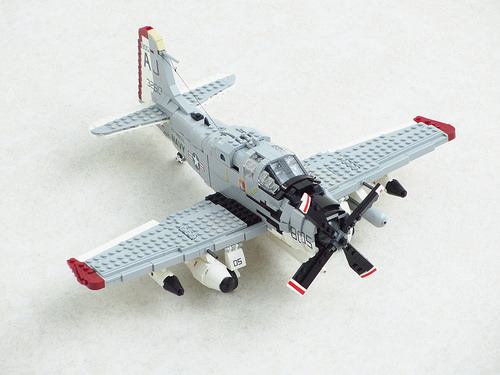 As is typical for carrier-based aircraft, the wings on the Skyraider can be folded  and Ralph has also made sure that his model is accurate in this respect. 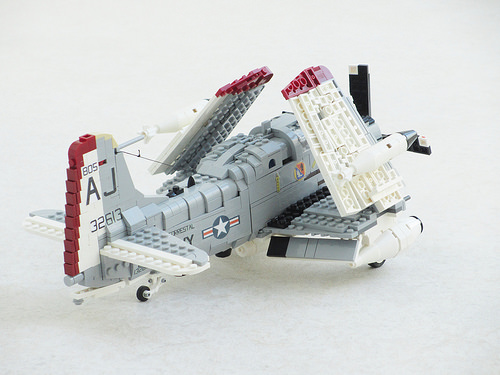 LEGO models with folding wings can also save on display space, which is good because Ralph’s military aircraft shelves are getting rather busy, and I am sure more aircraft are inbound.