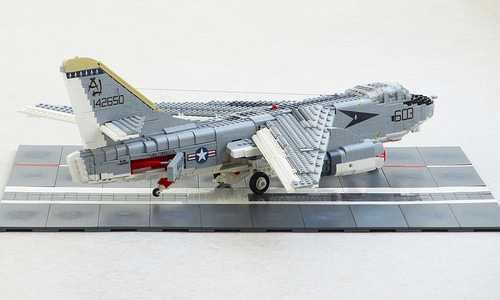 This size meant I could add lots of working features: a bomb bay with opening doors, folding wings, working airbrakes, a retractable undercarriage and arresting hook (used for stopping the jet when landing on an aircraft carrier) and a detailed cockpit. 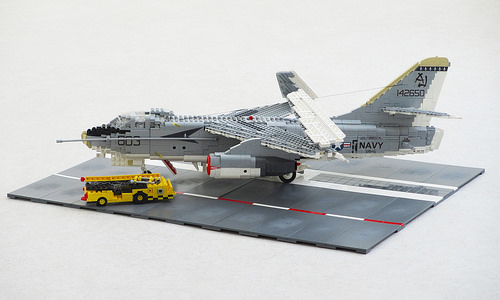 A major challenge for the LEGO model was building the wings. They are swept back at an angle that doesn’t easily lend itself to being recreated using wedge plates. The only solution I could see was to hinge the whole wing. 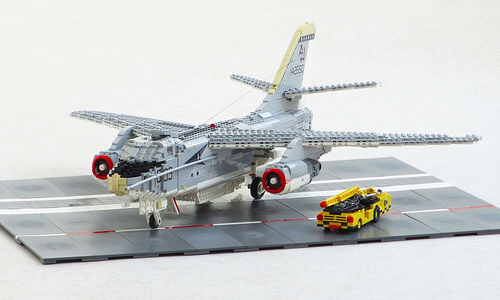 If you don’t like maths, you may now go want to look at some cute cats instead. I used right-angled triangles (with sides 1 and 4) connected along their hypotenuse using plate hinges. The whole construction is sandwiched inside the fuselage, with a bunch of different wedge plates and cheese slopes mounted on their sides filling in the little gaps at the top. It is sturdy enough that I can lift the model by its wings. 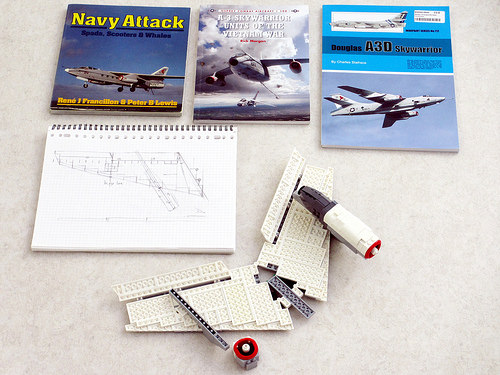 By the sixties nuclear bombs had become smaller and submarine-launched ballistic missiles took over the Navy’s nuclear tasking. Consequently, bomber whales were facing extinction. However, their big bellies could hold a large fuel tank and an air-to-air refuelling system. Whales ended up providing sterling service as flying gas stations during the Vietnam War and specialised versions served into the early nineties.