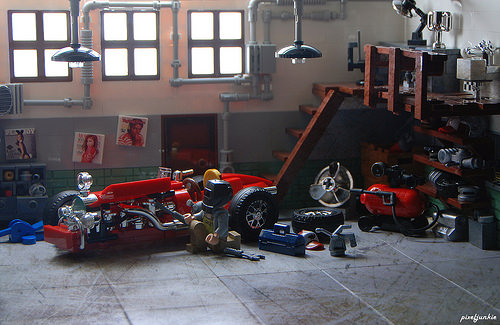 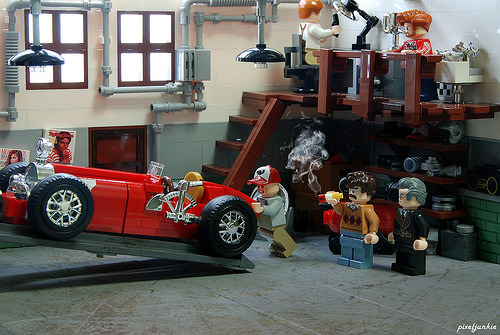 The red Mercedes is now loaded up and ready to ride in style atop the bed of the 1950s Mercedes-Benz “Blue Wonder,” a wild-looking truck that was used by the Mercedes-Benz racing team to transport its race cars to events. Pixeljunkie has faithfully captured the elegant curves and chrome of the original vehicle, and the cutaway view showing it coming out of the garage really adds to his visual storytelling. 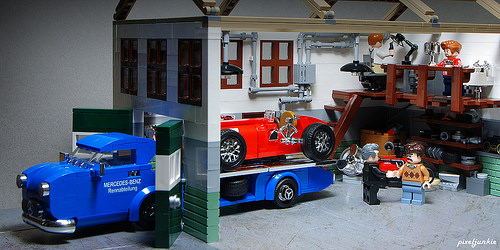 If you’re wondering what the LEGO Blue Wonder looks like compared to its real-life counterpart, Pixeljunkie has put together this fun side-by-side illustration. 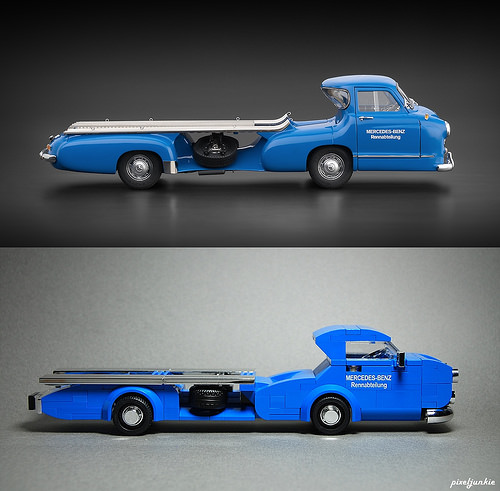