In cinema, there are few screen-used vehicles that seem to stand the test of time. If there were ever a car that would fit the bill, one of them would have to be the DMC-12 DeLorean time machine from the Back to the Future trilogy. The success of these films has sustained the popularity of the car, and many LEGO fans have answered the call by building their own DMC-12 time machines, including the fan-designed LEGO Ideas Back to the Future DeLorean. Many builders tend to model Doc Brown’s car in minifigure scale, but thewdarren has opted to go larger with a Technic version that is simply stunning. One of the most challenging aspects of building a DeLorean are the subtly slanted hood and windshield, both of which are immediately recognizable in this build. 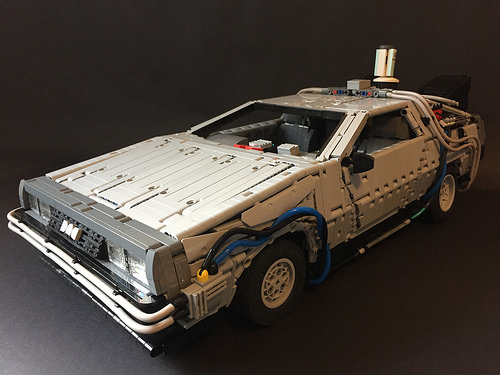 And what would a DeLorean be without those fantastical gull-wing doors? While the 1950s Mercedes-Benz 300 SL was the first car to feature gull-wing doors, the Back to the Future DeLorean brought them to the forefront of popular culture. Fans of the car will be pleased to know thewdarren’s DeLorean sports a pair of functional doors, and their shape is spot-on thanks to his used of cheese slopes. These tiny slopes also allow the doors to close nice and snug within the body. 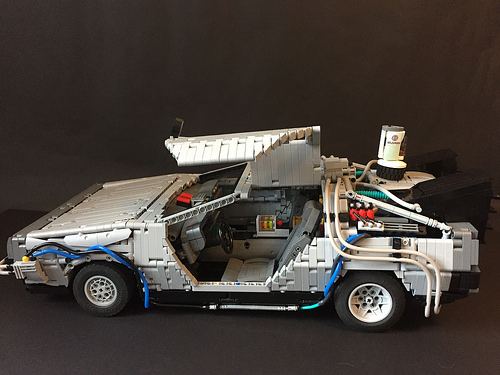 Looking at the rear of the car, it’s easy to see this particular version of Doc Brown’s time machine is based on the iteration used in Back to the Future II: Mr. Fusion and the bar code license plate are both here. I really enjoy the look of the black cooling vents, which utilize the stand pieces you find with every collectible minifigure. Considering how many of these I’ve racked up over the years, it’s great to see alternative uses for them. 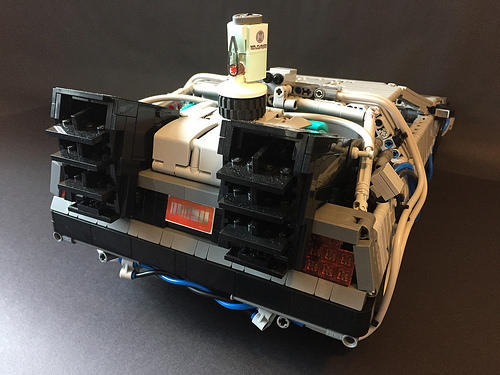 Peeking inside thewdarren’s DMC-12 reveals a fully finished interior that is filled with plenty of details that Back to the Future fans will recognize. You will find the memorable center console with digital interface, the speedometer hitting 88 mph, and gas & brake pedals. Even the plutonium-based power gauges are there. 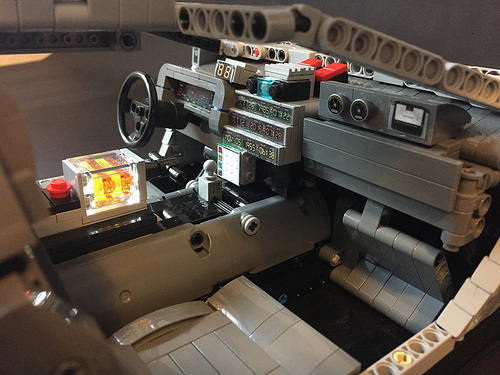 The detail doesn’t stop there, though. Fold down the seats, and you will catch a glimpse of the car’s rear interior with the flux capacitor “fluxing.” In the interest of safety, you will also find a fire extinguisher for use in dire emergencies. 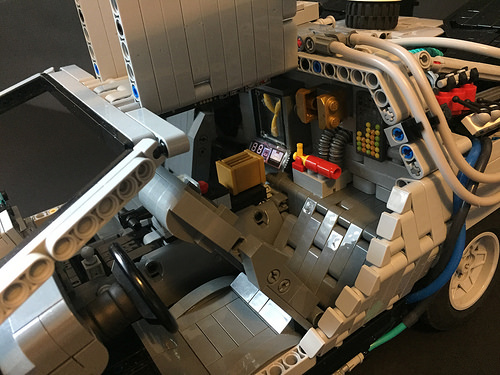 It’s so good that I can almost hear Doc Brown saying, “If you put your mind to it, you can build anything.”

2 comments on “If you’re going to build a time machine into a car, why not do it with some Technic?”