At The Brothers Brick, we tend to specialize in certain kinds of news, LEGO creations, and reviews, but thanks to our partnerships with other LEGO websites, we’re able to bring you more kinds of content. Please enjoy this excellent article that originally appeared on New Elementary.

Here at New Elementary we usually talk about new shapes and colours of LEGO® elements but today we’re looking at a new material from which some botanical elements are now being made. By 2030, The LEGO Group (TLG) intend to use sustainable materials in all of their core products and packaging.

This article is a collaboration between Are J. Heiseldal who met TLG employees Matt Whitby (Environmental Responsibility Engagement) and Bistra Andersen (Senior Materials Platform Manager) at LEGO Fan Media Days in Billund, Tim Johnson, and Elspeth De Montes who has her hands on the limited edition gift-with-purchase set, 40320 Plants from Plants. Thanks also to Francesco Spreafico for additional pictures.

The first bricks made in 1949 were made from cellulose acetate, which warps over time. After some research by plastics companies, TLG replaced it in 1963 with acrylonitrile butadiene styrene, used to this day.

Currently, LEGO elements are primarily made from four different materials: 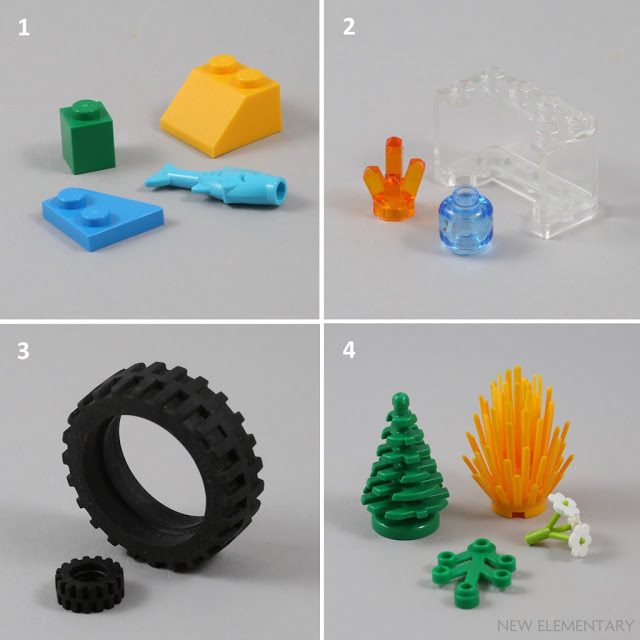 Prototypes of Design ID 14419, moulded in a variety of plastics. PC was used in the end.

However, there are an additional dozen or so plastics that are used across the many thousands of elements currently in production.

Sustainability and its challenges

Changing the materials and the moulds that LEGO elements are made from is very difficult but TLG sure have a worthy goal:

75 billion LEGO elements are sold every year and TLG will not compromise on quality, safety or durability – plus they want sustainability of colours too. The LEGO Group 2030 Sustainable Materials Challenge started in 2015, and is a greater challenge than you might have initially imagined.

It’s important to clarify that sustainable does not mean biodegradable, because biodegradable plastic is not necessarily good for the environment as the plastic will just break down into chunks, then into smaller and smaller pieces. This causes many environmental issues, such as the tiny threads or beads of plastic that have already been proven in many studies to be present in the foods we buy and consume.

So the first question is, what is a sustainable material? “For The LEGO Group, a sustainable material is one that meets our high quality and safety standards, has key environmental and social sustainability attributes and maximises the play value of our products.” The goal is that all LEGO elements should be made from materials that are either recycled or plant based. Ideally they’d like the new bricks to contain at least 25% bio-content.

They also want to avoid having to trust only one supplier, so they don’t become dependent. And they’re considering cooperating with other industries, like the automotive and furniture industries, which might use similar types of plastics in their products. But they’d never cooperate with a direct competitor.

And just to complicate matters further: “Toy safety standards in Europe are the same as food safety standards. Because children put toys in their mouths.” Well, now that they’re making LEGO elements from sugarcane, aren’t you tempted to try that too?

No doubt this is of the greatest importance to AFOLs too, yet LEGO bricks have more material properties than you may realise. And remember, TLG has been learning how best to work with ABS since 1963; that’s 55 years of technical experience that needs to be applied to a completely new material. They have a lot of factors to consider and balance; here are some of the more important ones:

Are you now getting a sense of just how difficult it is to replace the humble LEGO brick? 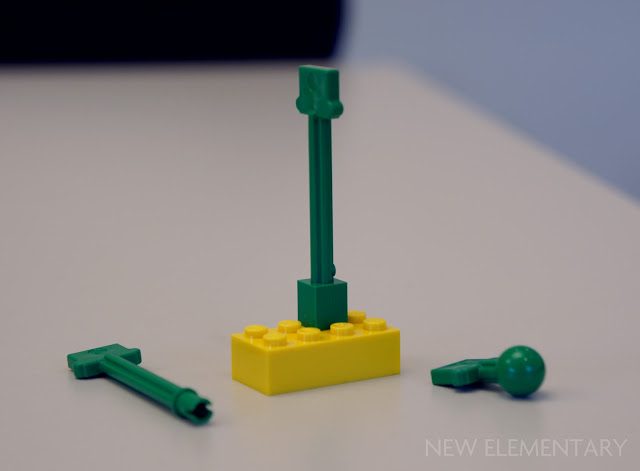 Many candidate materials have been tried and discarded or sent back to the drawing board, for varying reasons.

These green bricks derived from wheat ticked many of the boxes, but as you can see the colour is slightly marbled which of course is unacceptable. They also feel and sound much more brittle than current bricks, even though they aren’t. 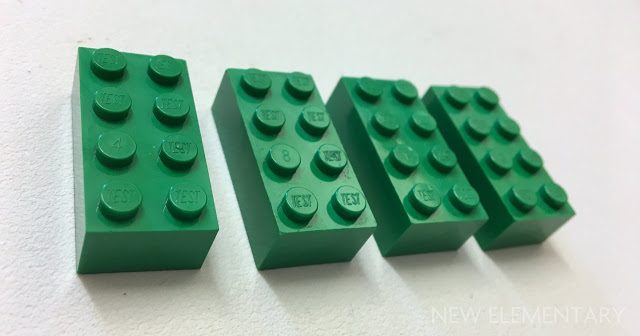 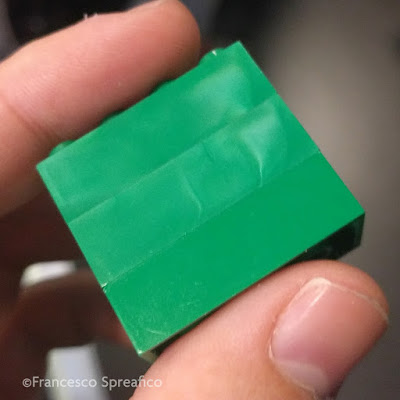 When making transparent bricks, their biggest challenge is too much friction. Currently, they’re considering a material made from wood pulp. The wood would then, of course, be sourced sustainably. 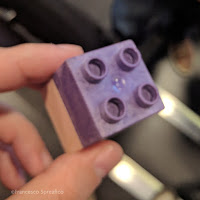 Other bricks have been moulded from a polymer based on corn, and the DUPLO bricks seen here are made from algae. (Apologies for the blurry pic!) The corn bricks (not pictured) are about as close as they have got at the moment to replicating the current LEGO brick. They still aren’t completely happy, so will keep researching. The main challenge is that the bricks are still just a little bit too brittle; their breaking point is lower than current ABS bricks.

As mentioned, plant pieces are currently made from polyethene. In 2018 TLG introduced plant pieces made from a new polyethene which uses ethanol produced from sugarcane rather than petroleum, thus making it a sustainable source – while still being chemically identical.

Choosing plants and not regular bricks to be the first sustainable elements was a conscious choice. Aside from the nice PR perspective of them being ‘plants from plants’, they are an easier plastic to replace as their feel is not as iconic.

TLG is nevertheless facing criticism for using sugarcane, from people who are claiming that they are clearing rainforest in the process. TLG say this is not true, pointing out this would be a minute part of the total global impact and they are working with WWF to source the sugarcane sustainably. Replacing trees is also a much faster process than replacing oil.

But TLG also says there are better prospects than sugarcane such as corn because these are made from the non-edible parts of the plant. Sugarcane elements are made from an edible source, which could alternatively be used for food.

TLG does not distinguish between the new plant parts that are made from plants and the old plant parts, which aren’t. They’ll just be phased in gradually. However, to celebrate their introduction, they are releasing a limited edition gift-with-purchase in August containing the new sustainable LEGO elements: 40320 Plants from Plants. Let’s take a closer look. 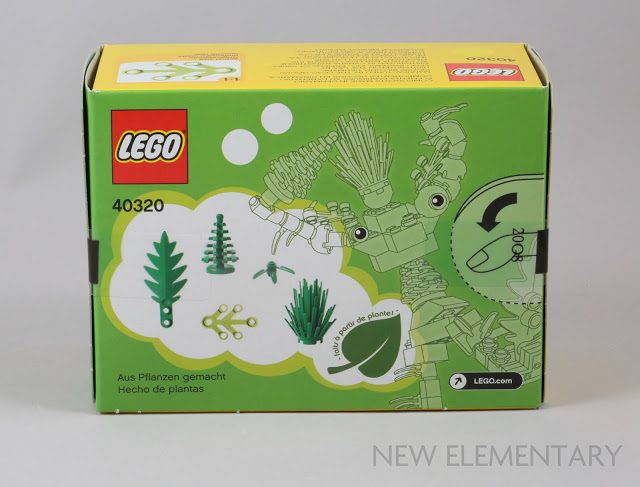 40302 contains two plastic bags with a total of 29 elements inside. None of these is new, aside from the material of course. 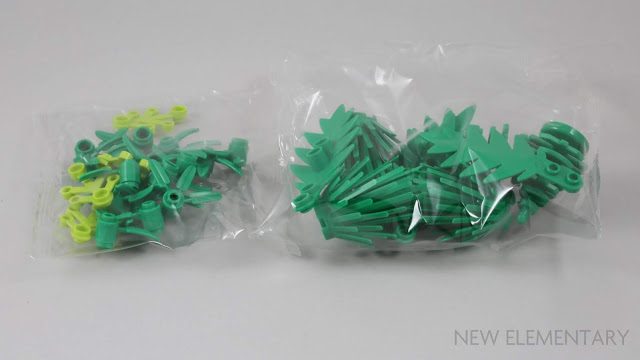 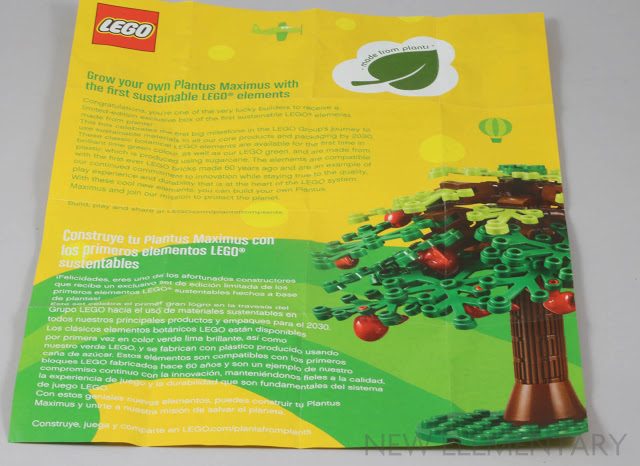 There is also a leaflet inside the box which has a brief mission statement about the Plants from Plants initiative, in English, Spanish, French and German. 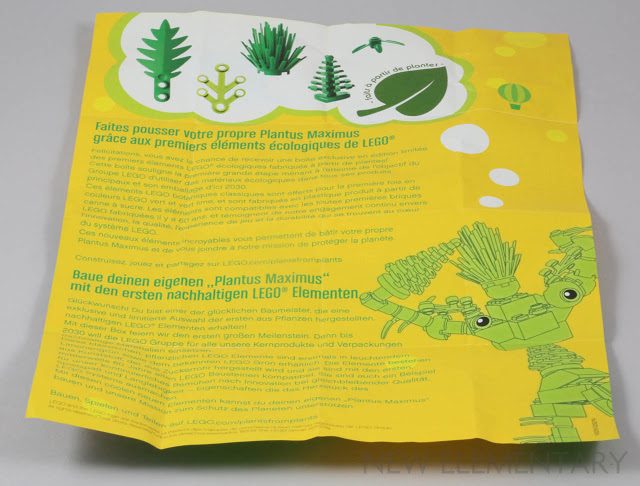 It also states, “The classic botanical LEGO elements are available for the first time in brilliant lime green colour” but the only such element in the set is Limb Element, Small which has appeared in this colour in no less than 19 different sets between 2015 – 2018, so we’re a little confused about that&nbsp; statement. It is also amusing that TLG used the colloquial name by describing the colour as lime green rather than their own name, Bright Yellowish Green, but that’s understandable!

Comparing the old and new

Can you tell the Plants from Plants elements from ones made from petroleum-based polyethene?
Take a closer look… 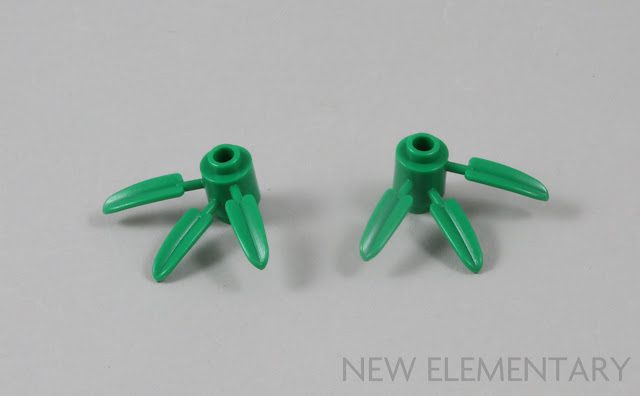 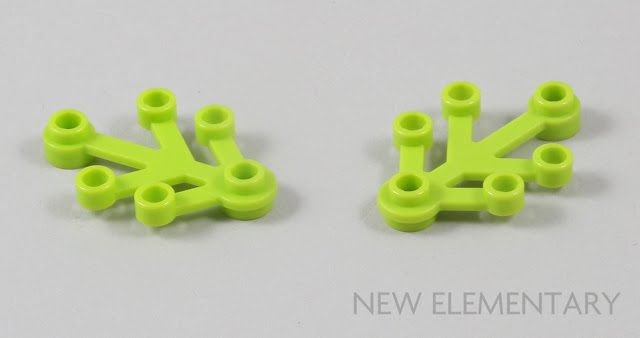 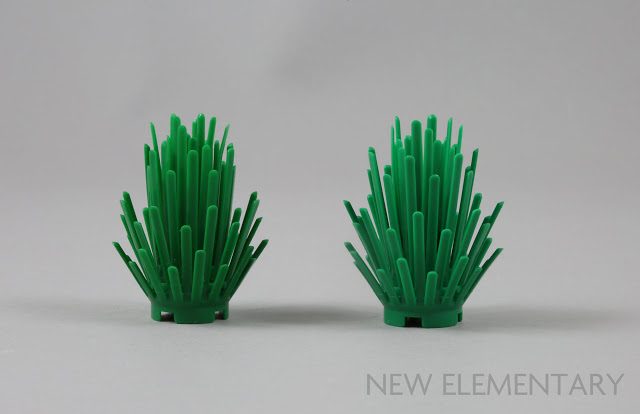 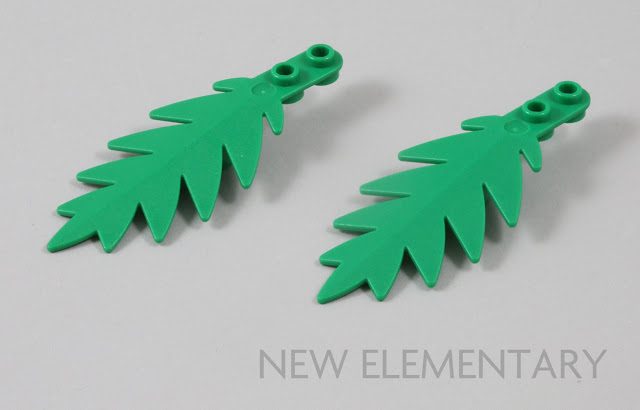 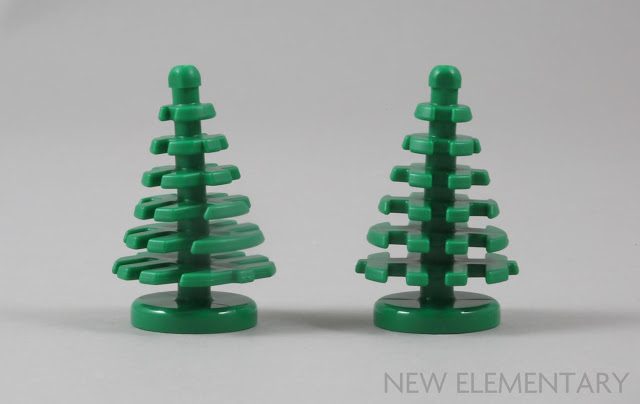 To be honest that was a bit of a trick question because as we’ve already explained, there is no chemical difference between plant-based polyethene and petroleum-based polyethene. For those who wondered, the ‘plants from plants’ elements were all shown to the right.

So, as LEGO Tim shows below, we can all rest assured that our favourite plants look the same, feel the same, smell the same…

…and (sadly) taste the same, despite being made from sugarcane!

It’s a good time to recognise TLG’s first steps towards sustainable materials, albeit currently in a small proportion of their overall plastic product. Of course, LEGO bricks are already entirely recyclable, as they retain their play value whether you pass them on to your children, sell them on or give them away to charity – this is the beauty of LEGO bricks; they still all fit decades later.