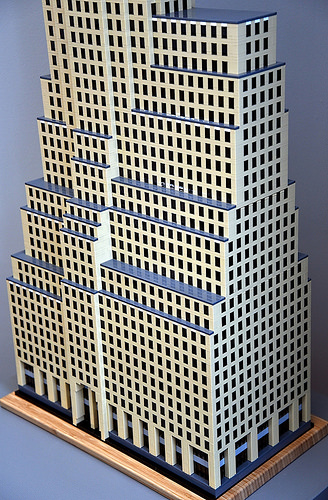 The Chrysler Building’s famous layered crown is one of the most recognizable landmarks in New York City, and DeepShen has recreated it spectacularly with curved slopes and clever SNOT work. This building is in 1/230 scale, and stands 4 feet, 8 inches tall. 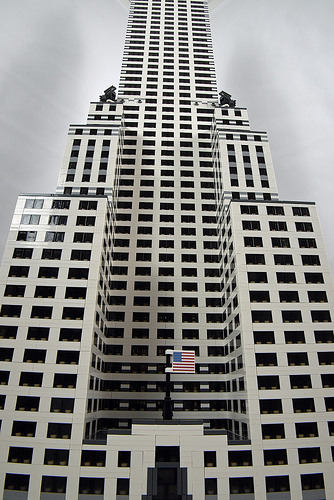 Finally, the Empire State Building, best known as the plaything of King Kong. Although the model shares the 1/230 scale with the Chrysler Building, the real builder designers intentionally bested that rival skyscraper for height by including a tremendously tall spire. The height difference is obvious with the LEGO model, which stands 6 feet, 3 inches tall. The dark grey and tan bricks work perfectly for the staggered floors, giving them that sharp layered effect that makes art deco buildings so wonderful. 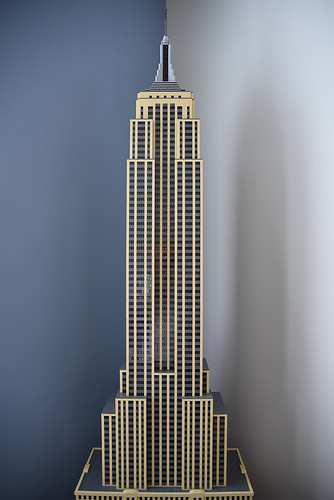 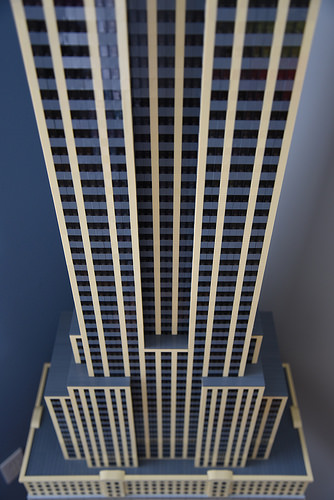 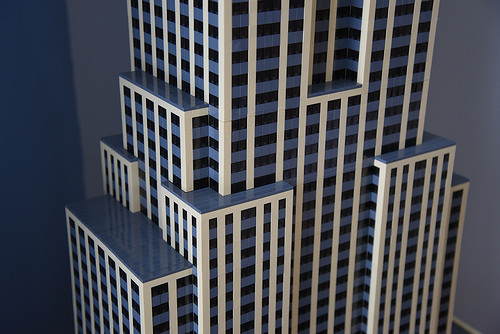