Back in 1957, LEGO was making various plastic and wooden toys, some of which were licensed by Chevrolet. Among LEGO’s Chevy products were an array of 1:43 scale plastic trucks, but the holy grail of this partnership would probably be the 1956 model year Bel Air convertible. Considering the toy was advertised in 1957, it is curious as to why LEGO did not represent the 1957 model year vehicle. It’s a shame because the 1957 Bel Air has become one of the most popular and iconic collector cars of the 1950s, which is probably one of the reasons why  Robson M decided to make this sporty red convertible. 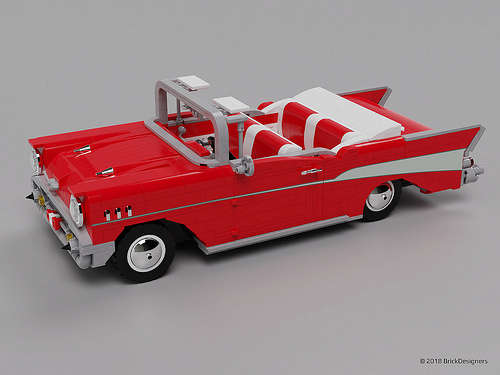 Robson has done a great job capturing the iconic Bel Air look, right down to the chrome hubcaps, three tiny hood louvers on each side, and the interior upholstery and trim. The doors and trunk are hinged to open. Opening the latter reveals the wheel wells. 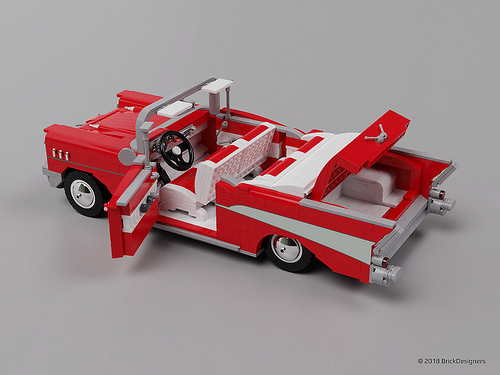 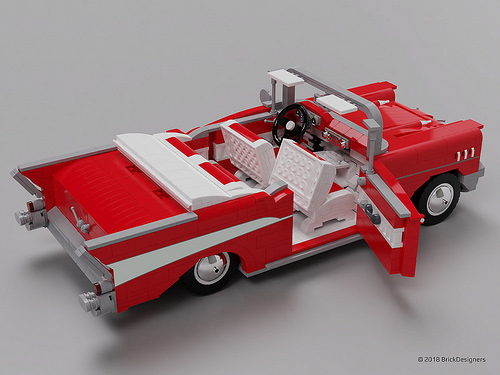 2 comments on “Take a spin in this rad, red Chevy”