These mosaic sculptures by ZiO Chao have so much depth, they’re bordering on bas-relief. We’ve shared ZiO Chao’s landmark sculptures before, and he is back at it again and is ready to take us on a trip around the world with a series of 3D mosaics. 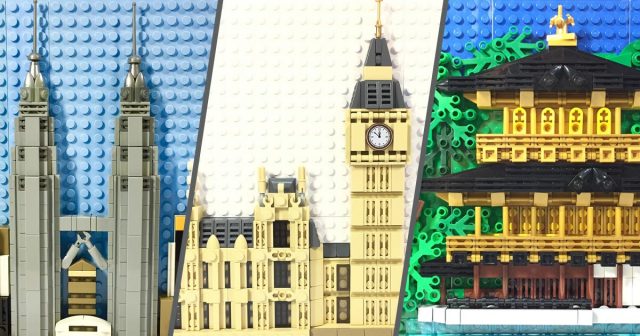 Let’s start with Stonehenge, the oldest structure on the list, having been constructed between approximately 3100 and 1950 BC. Thanks to Chao’s use of forced perspective, this one does a great job of capturing the curvature of the prehistoric stone circle. 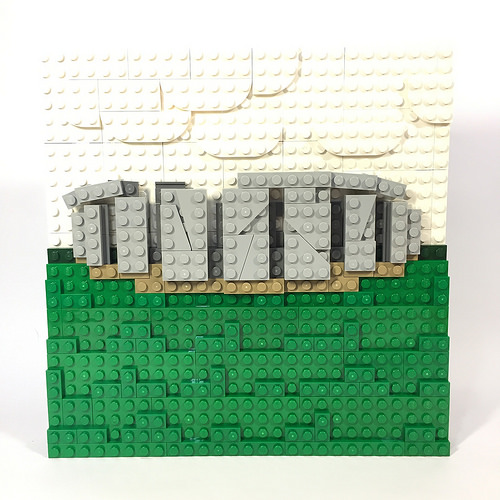 Now it’s time to hop in the car and drive 141 km east to London, home of the world-famous clock tower known as Big Ben. Believe it or not, the structure’s official name is Elizabeth Tower, while Big Ben is the nickname for the clock tower’s bell. If the official LEGO Big Ben set is not in your budget, Chao’s version makes for a nice alternative. 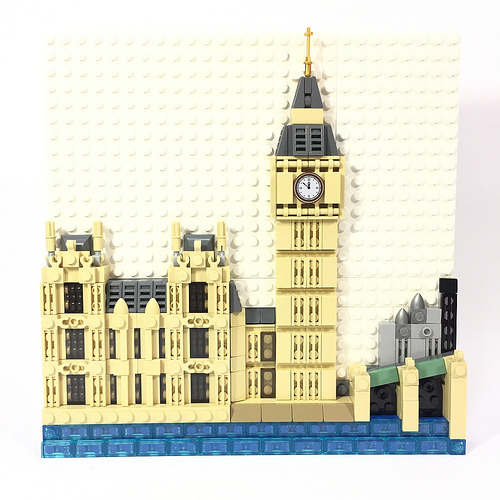 London is fun, but so is the land of the rising sun. Head on over to Heathrow airport, because it’s Japan or bust! No trip to Osaka is complete without a visit to Osaka castle. Construction on the castle began in 1583 during the Sengoku period, and it has been destroyed and rebuilt three times since then. 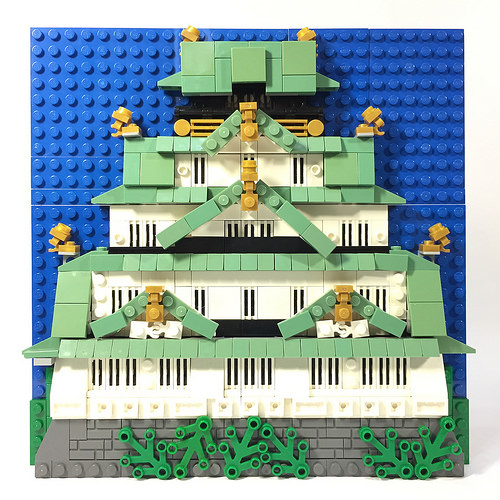 Onward to Kyoto because it’s time to check out the Temple of the Golden Pavilion (Kinkaku-ji). The original structure fell victim to arson in 1950 and was rebuilt five years later. I love Chao’s use of tree leaf pieces as the background because the texture makes the building really pop. 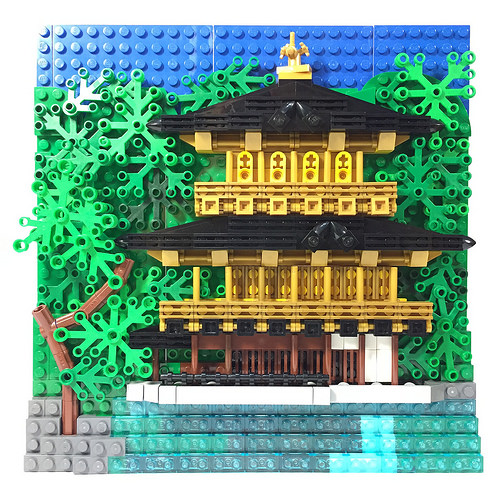 Continuing our tour of Asia, we are going to move on to Malaysia’s Kuala Lumpur. Amidst the architectural landscape, it would be hard to not check out the Petronas Twin Towers. The rapiers make for great antennas. 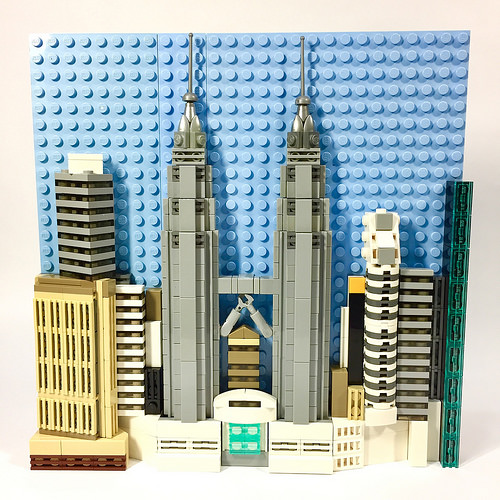 On the way back home, we have a layover in the Dubai. There’s enough time to swing by the Burj Al Arab, the impressive luxury hotel shaped like a ship’s sail. Chao’s version provides an excellent side profile that even includes the circular helipad near the top. 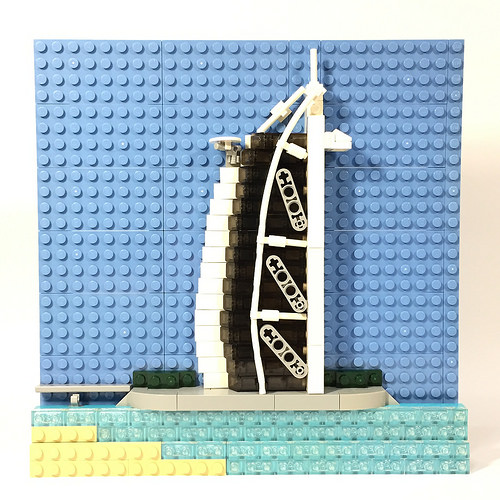