The oldest Buddhist temple in Tokyo is Sensō-ji, founded in 645 AD and dedicated to the bodhisattva Kannon. Taiwanese builder ZiO Chao, whose massive SHIELD Helicarrier we featured last year, has been building travel themed LEGO mosaics over the last few months, and his latest is the iconic “Thunder Gate” at Sensō-ji. Beyond the gate, a street of shops leads up to the temple itself, and ZiO has captured the roofs of the shops using forced perspective. 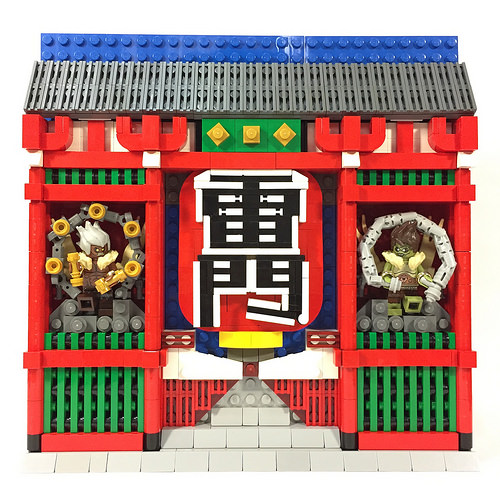 While not quite as intricate a LEGO build, ZiO has also built the Hall of Supreme Harmony in Beijing. I love the beautiful simplicity of the yellow roof and red columns against a clear, blue sky. 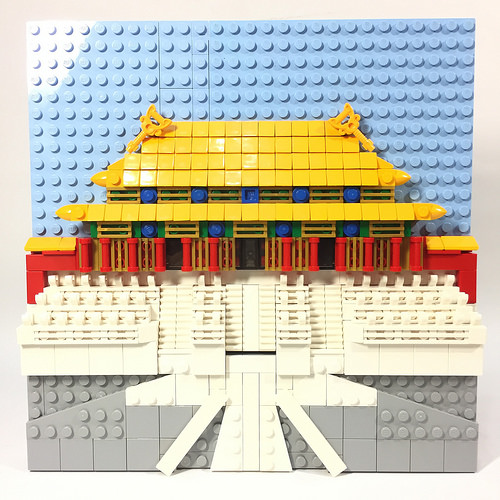