The most anticipated LEGO set of 2015 was the enormous Avengers SHIELD Helicarrier. As we highlighted in our extensive video review, there was a lot to like about that set, except for the relative scales of the carrier, the microfigs, and the quinjets. And while some builders have explored more ambitious LEGO Helicarrier designs within the confines of a computer screen, no-one has dared tackle the challenge of building a more properly scaled and movie-accurate version of the Avengers’ flying fortress using actual LEGO bricks …until now! 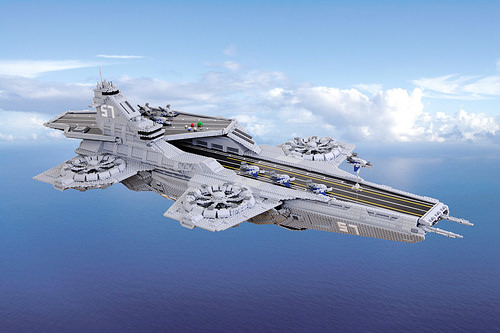 Working with nothing more than reference photos from the 2012 Avengers movie, Taiwanese builder ZiO Chao and a his friends Dada, Kimura, Kuan-Wei, Stephanie, Tiger and Will from the Formosa LEGO club spent a month and a half (and many sleepless nights) constructing this enormous and fully detailed model of the iconic Helicarrier. At 140cm x 80cm it’s twice the size of the official LEGO set, and contains five times as many pieces. At last, those “swooshable” little quinjets now actually have room to move around! 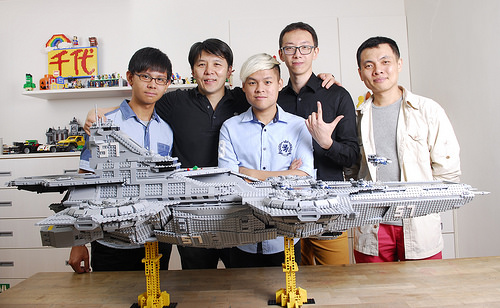 Regarding the build process, which he photographed in great detail, ZiO told The Brothers Brick: “Before I started to build it, the most annoying thing was collecting parts and classifying them. Then we used Technic beams to sketch out the skeleton of the carrier, which needed to be strong enough to hold everything together. Technic beams were also a great solution for the supporting yellow columns, the front of the carrier, and the four turbine engines.” 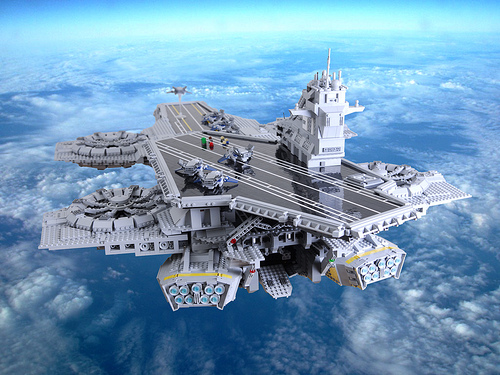 “Another challenge was the flying deck, built from lateral-facing plates to make it glossy and detailed; it looks simple, but was a large math task to calculate how to match the pattern on the real thing.” 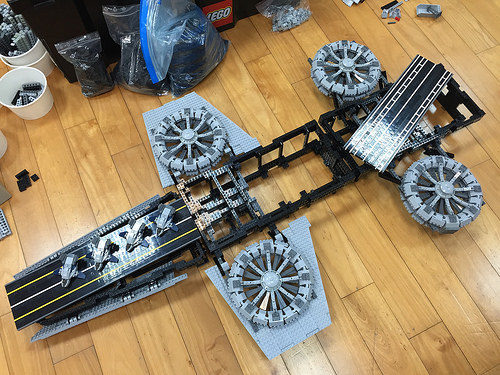 This impressive model is currently on display in a LEGO store in Taipei. ZiO tells us: “I had design to it to be easy to assemble and disassemble, so it would be easy to transport. For large creations, transportation is always an big issue. Therefore I built it in modules. For example, the body of carrier can be separated into three separate sections. The entire carrier is made up of 14 sections.” 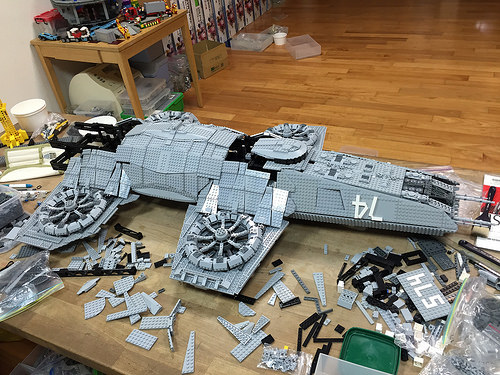 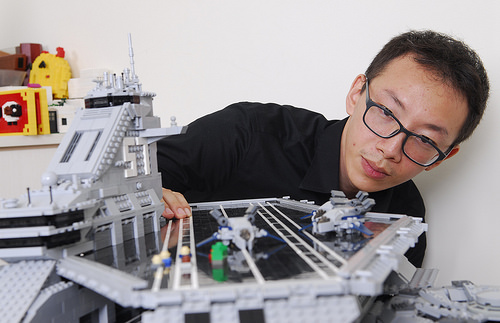 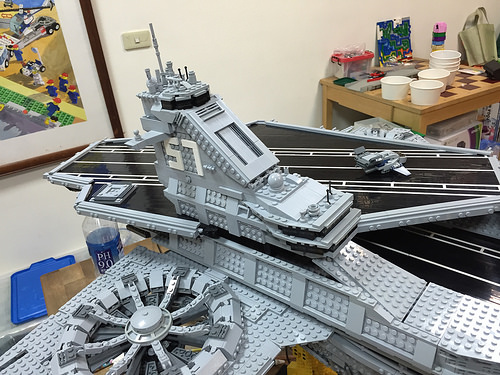 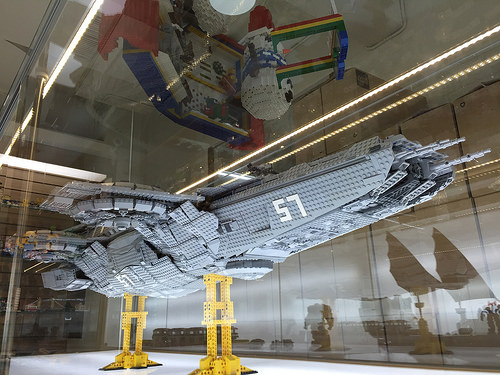