Thanks to builders like Roland Skof-Peschetz, the age of steam is alive and well. According to Roland, this the K&K Luftpost uses this flying postal vehicle to deliver mail to the most remote locations of Austria. Upon seeing his quadcopter, the positioning of the four blades instantly reminded me of commercially available drones. Amazon, take note…We would like to see this quadcopter used for your Prime Air delivery service! 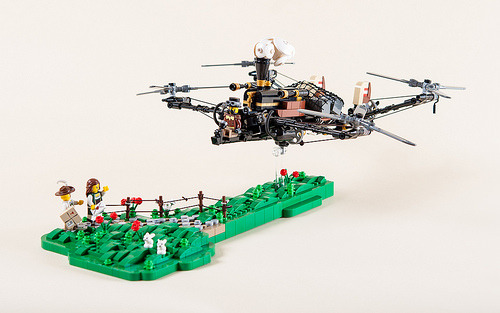 I’m a big fan of the steam locomotive-inspired boiler on the front end, and the packages tightly held in place with netting feels authentic. Dual rudders at the rear are a nice touch, complete with an Austrian flag built into the design. The organically shaped base adds a splash of color that contrasts nicely with the darker colors of Roland’s aircraft. 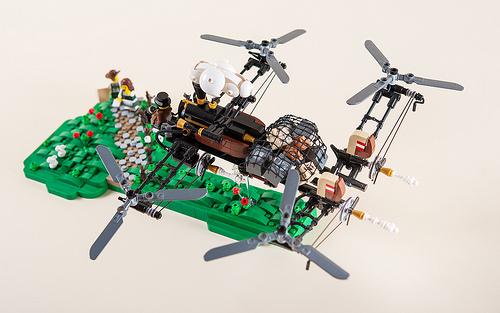 Believe it or not, Roland’s quadcopter was inspired by one of his previous builds that he shared back in 2016. Despite having influenced his recent design, Roland’s earlier model still looks excellent and is able to stand on its own. 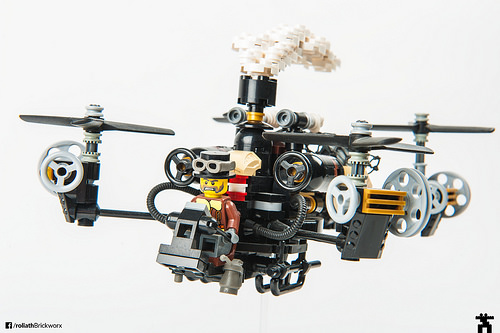