It takes a lot these days to impress with a LEGO castle creation, and while an interesting roof technique and deceptively simple rockwork can help, this floating island scene by ArzLan shows creativity a level higher. The build doesn’t just feature new ways to build something seen before, but adds another dimension with an open scroll from which the island emerges. 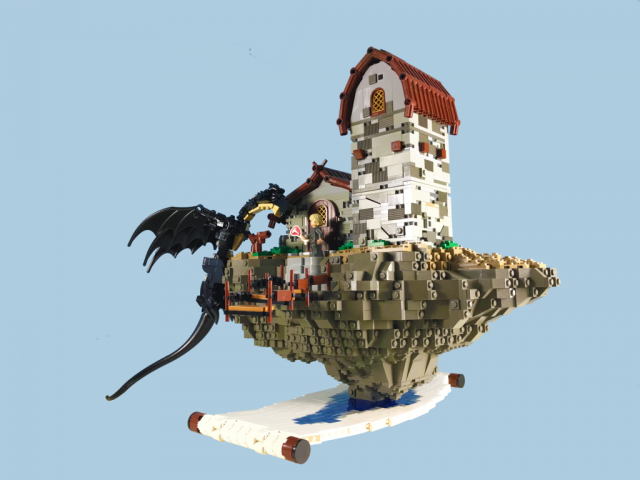 It is not a coincidence that I mentioned the roof technique and the rocks as examples of attractive traits of a build, because those are two of the highlights in this particular example. The dragon is important too – it is very well built and adds a lot of life to the scene. The scroll is great as well, and it should not be taken only as a unique subject, but also as a well-built scroll in its own right.

1 comment on “The scroll containing the secrets of dragon taming”