I don’t think there is anything more fitting to celebrate “Revenge of the Fifth” (the day after May the Fourth) than this diorama by Sergio Jaensson, which depicts the arrival of Emperor Palpatine in Star Wars Episode VI: Return of the Jedi. Although the shuttle and some of the tie fighters are official LEGO sets, their use doesn’t hurt the overall build — the diorama is so big you probably didn’t even notice them. The signature imperial white glowy lines on the walls of the hangar are a particularly excellent detail, as they prevent the walls from looking too simple and barren. 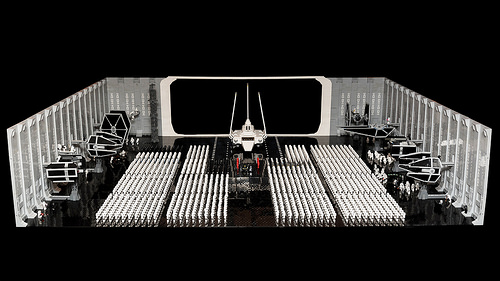 I like the use of the yellow Emperor Palpatine minifigure as it gives the scene a bit of a classic flavor. The build also contains a few Easter eggs: If you look closely in the background near the TIE fighter, you can spot some bumbling Stormtroopers — one has almost fallen from the walkway! 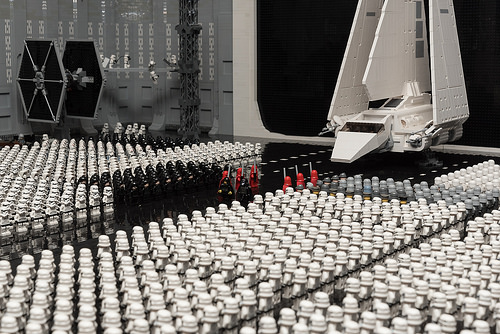