Builder aido k says he just liked the colors on this wonderful LEGO rendition of a Corellian Engineering Corporation YT-2400, but I like to think this is what the Guardians of the Galaxy’s Milano would look like if they lived in a different galaxy. 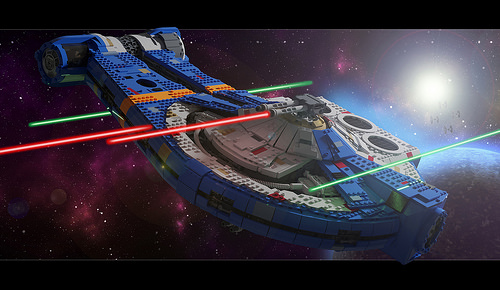 The YT-2400’s design may look familiar, as it’s a cousin to the YT-1300, whose most famous example is the Millennium Falcon. In fact, Aido was inspired by the recent UCS Millennium Falcon, and has even whipped up a lovely information plaque to accompany the ship. Although the model is still just a digitally rendered version, Aido has plans to build the model with real bricks, and it looks as if he’s been careful to use only part/color combinations that exist. Now where’s our Jedi Groot? 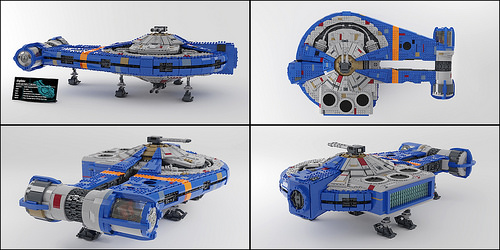