The Hulkbuster: Ultron Edition that was released not very long ago gives everyone the potential to be a Tony Stark. However, both versions featured today just might make the official Hulkbuster set look a lot less menacing. They’re distinctly different builds of this monster machine, yet side-by-side they’re remarkably similar at a glance. Interestingly, both are significantly more poseable than the official version. 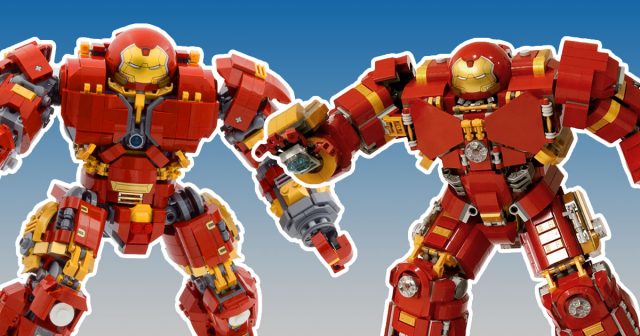 First up is this Hulkbuster, which was built ground up brick by brick with almost no reference to the official set. Henry Pinto only needed one element from the official release to complete his Hulkbuster: the printed face element. 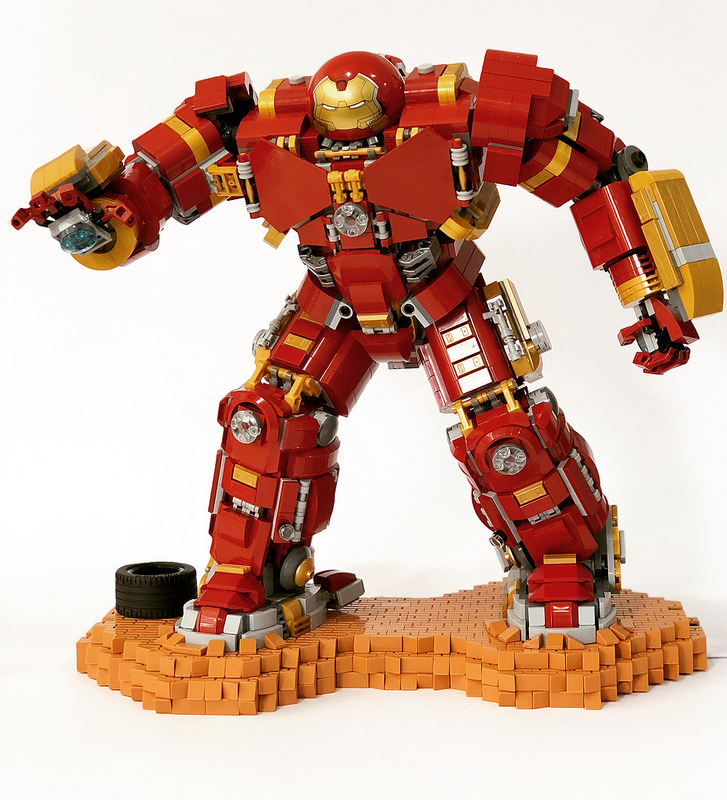 As a bonus, we all know a Hulkbuster can’t exist without a Hulk! Henry has a great looking Hulk to pair up with Tony to give him a run for his money. If you think this seems familiar, that’s because you may have seen him dwarfed, despite his size, by the invasion of the huge Sentinal we featured last year. 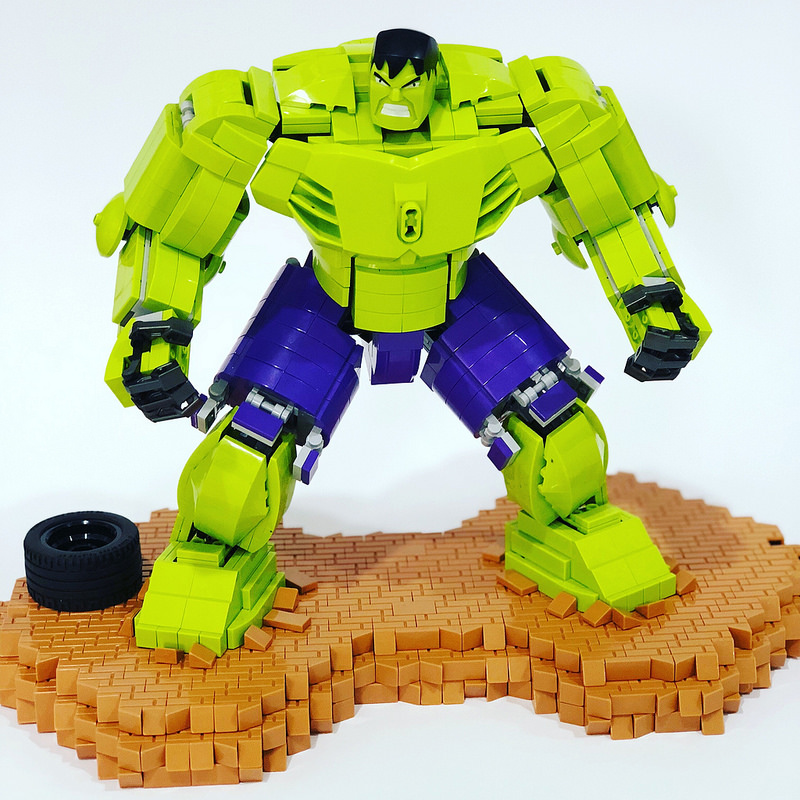 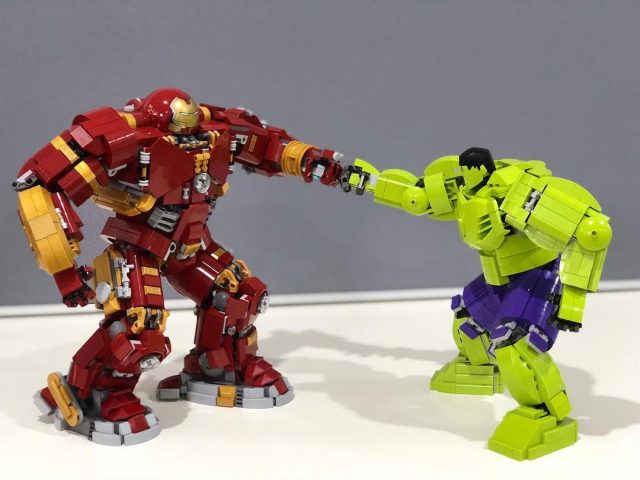 This version by Tan Kok Mun has a feature that makes it a little more movie realistic. Kok Mun designed the Hulkbuster to give the impression that Tony Stark in his regular Iron Man suit is in its pilot seat. Even though it’s only a little more than a headpiece, it’s quite nice to see this added touch. 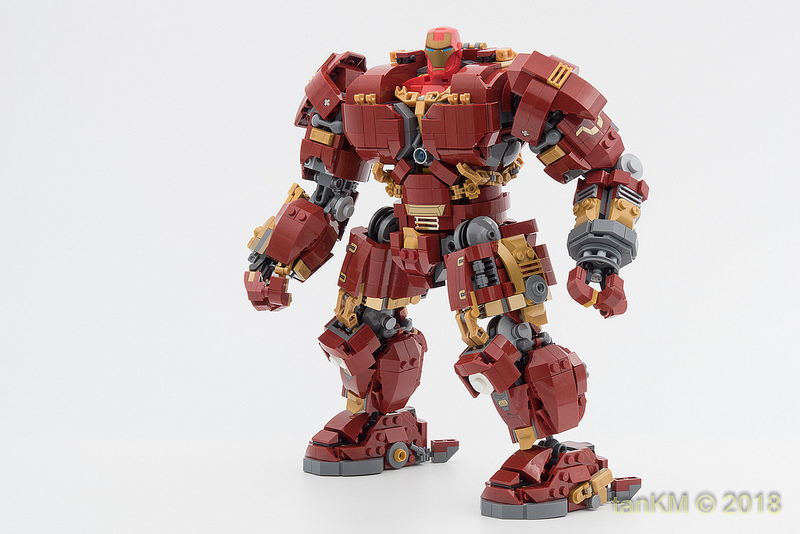 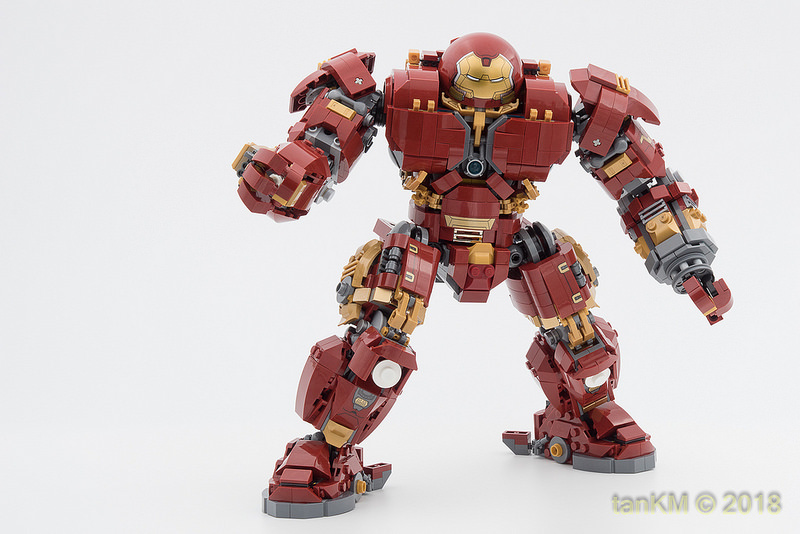