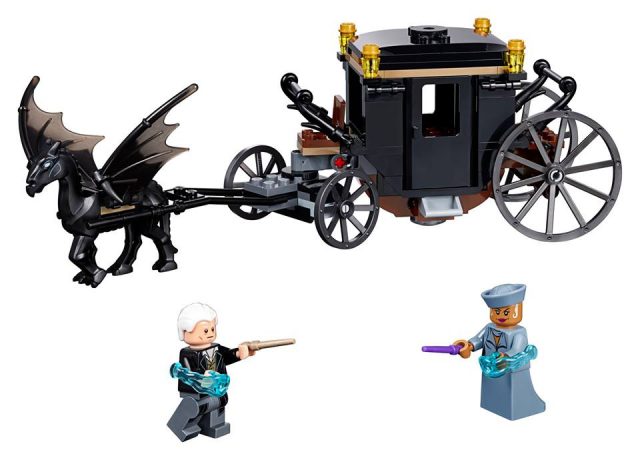 Grindelwald makes a daring escape from pursuers on a carriage drawn by a Thestral.