There a lot going on in this huge Ninjago diorama. At 145×95 studs in size and made up of more than 11 separate sections and locations, it’s no suprise it took about six months to complete. The build is a collaboration between brother and sister, Robert4168/Garmadon and Kai NRG/Geneva, with the right and left side being t by each sibling respectively. The diorama stays true to the essence of  the Ninjago theme with plenty of character in the buidings that include Temple of Airjitzu, Birchwood Forest, Sensei Wu’s tea shop and Dareth’s Mojo Dojo . 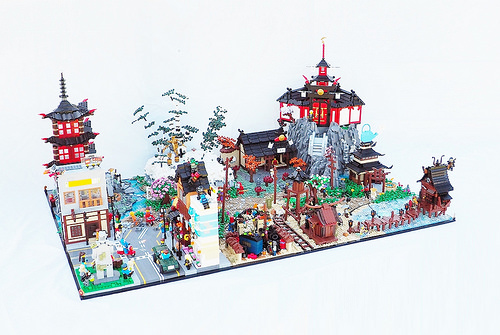 The Temple of Airjitzu sit on high with some nicely curving steps up (and down) to the building. 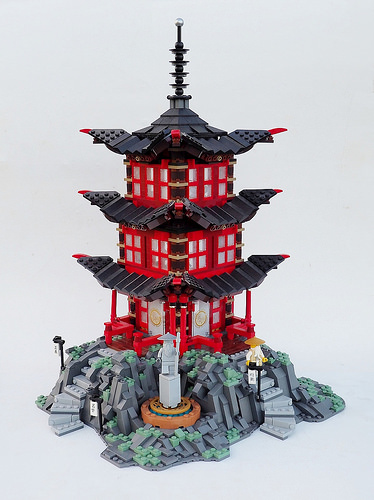 You can get any weapon you desire from Kai and Nya’s blacksmith shop. I love the little state in the foreground and those shapely trees. 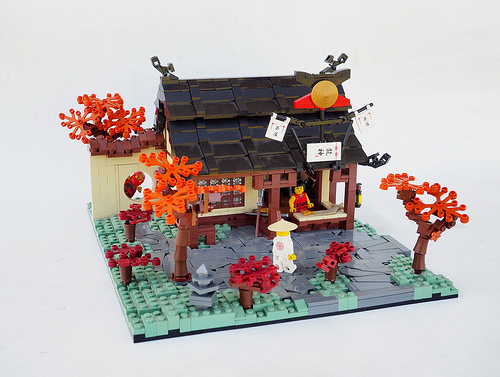 Ronin’s pawnshop looks suitable ramshakle, mind your step as you walk along the raised wooden platform. 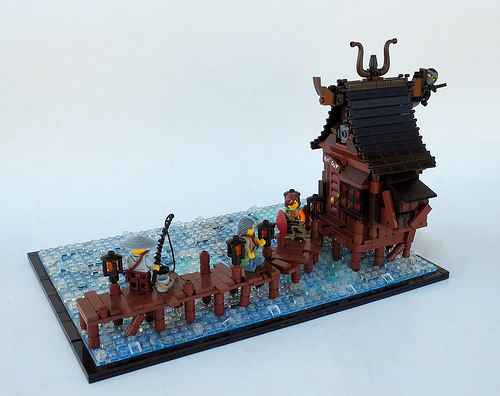 You can enjoy all the detailed shots of each part of the diorama in Robert’s Flickr album and Kai’s sections in this album.