Steampunk is an always present theme in LEGO fan creations, and it pairs well with many different motives, from aircraft to architecture. Andreas Lenander adds to the latter with his recent build named Department of energy, a part of a larger collection of steampunk creations. 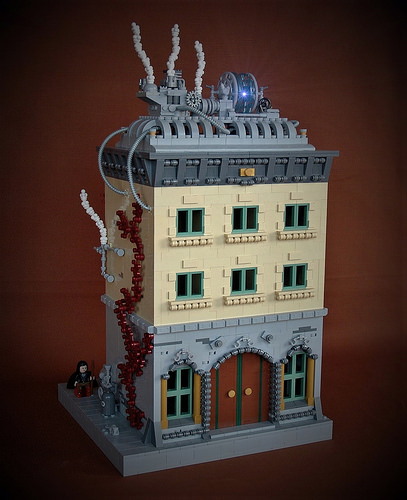 The building is a prime example of classic 19th century western architecture, with quite an interesting rooftop – a part often neglected. It appears as though the numerous technical additions were built on top of an older building in a time of disproportionately fast technological advancement. The multiple steam exhausts give a lot of character and the little touch of digital editing for the mysterious shine is a cherry on top.