Nothing says foreboding fortress like a castle’s huge main gate and portcullis.  Construction of this particular LEGO castle by Benjamin Calvetti began in July 2016 and, after utilising around 10,000 bricks, it is finally completed. Benjamin’s castle is around 20” inches (50cm) wide and seems to be emerging straight from the rock.  The best part of this castle is that despite being freshly built, it has all the hallmarks of an aging building — some moss is growing in places, damage to the stonework and the odd slightly alarming large crack. 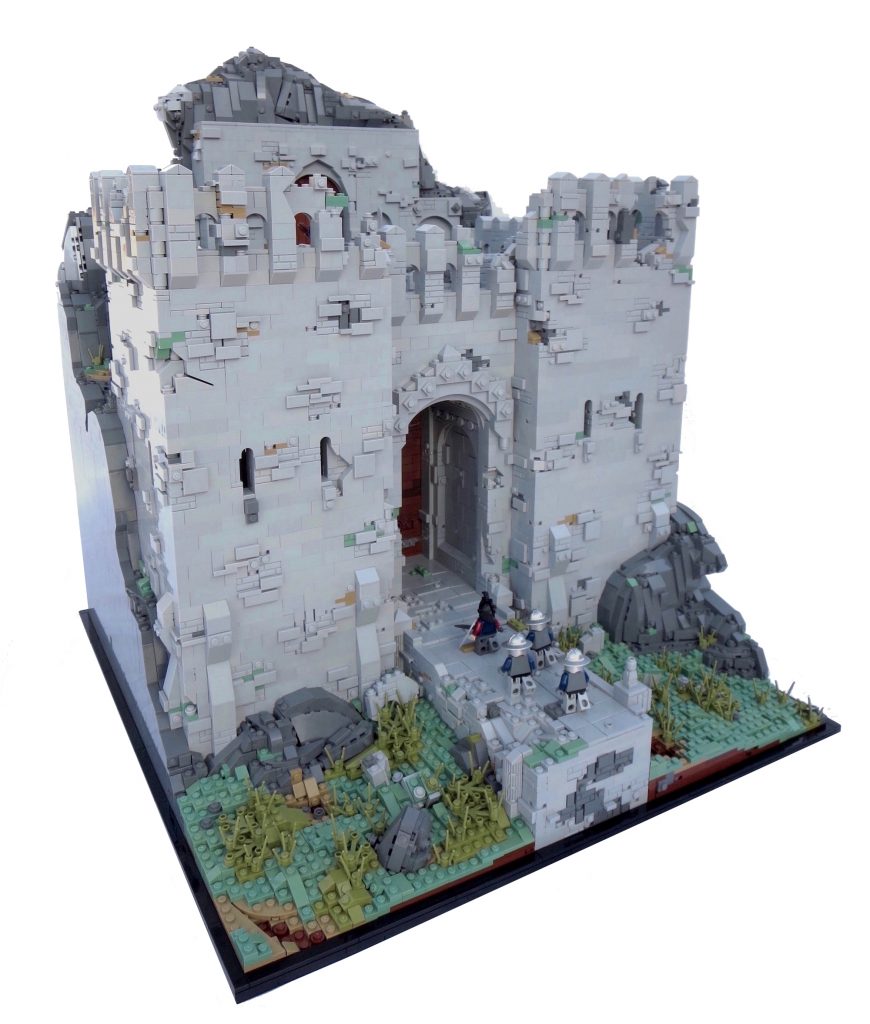 Once the detail, textured stonework is viewed in close-up,  the length of time for construction makes good sense. I also love the doors as the use of printed wood tiles, different shades of brown and exposed studs are an effective way to depict old wooden doors. 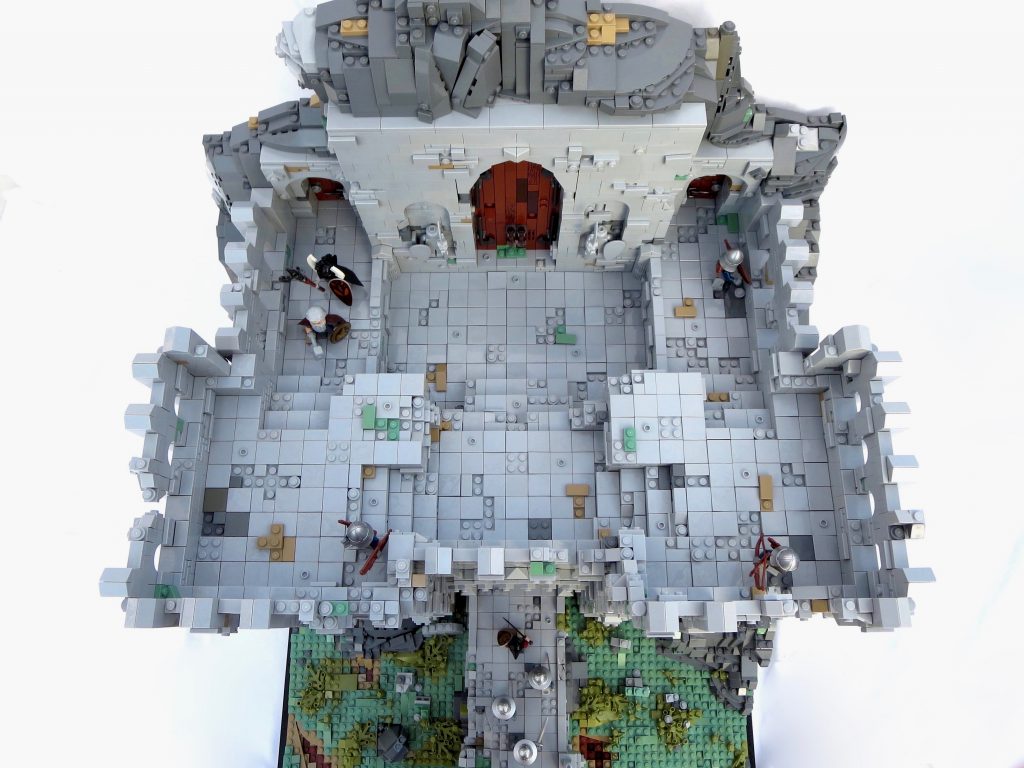 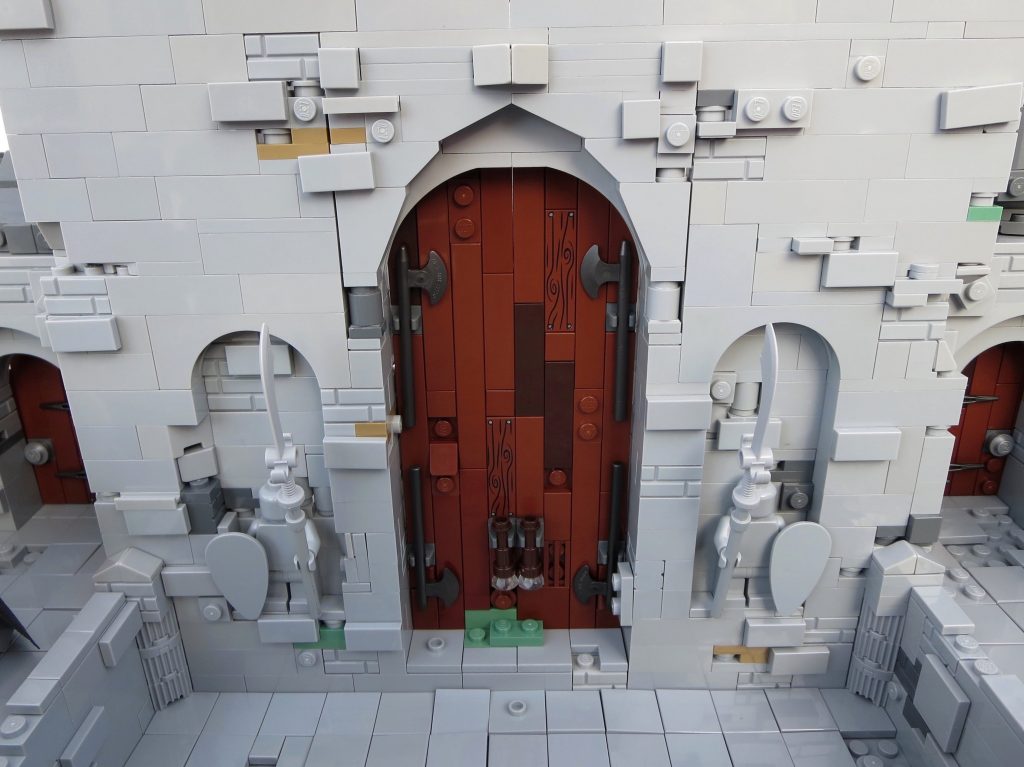 If if the truth be told, there’s not actually a portcullis within this entranceway I’m afraid. Instead,  a very large, ornate door blocks the path of any would-be intruder or unwelcome guests. 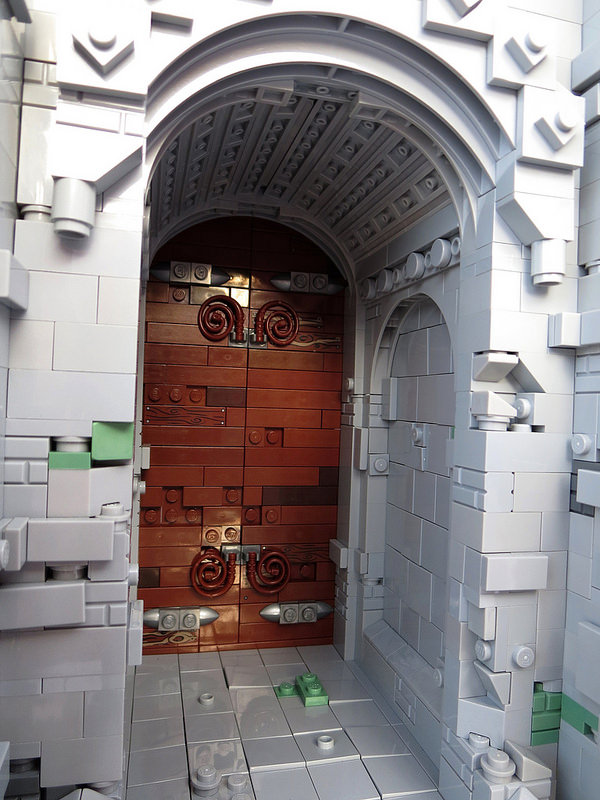 The appearance of cracked, old, moss-covered stone is very effective. The technique is simple in the first image with a mix of round plates, slopes and jumper plates in sand greem dark tan and light bluish grey primarily.  The damaged windows in the lower image are cleverly constructed with a double layer of bricks, allowing the inner layer to be exposed. 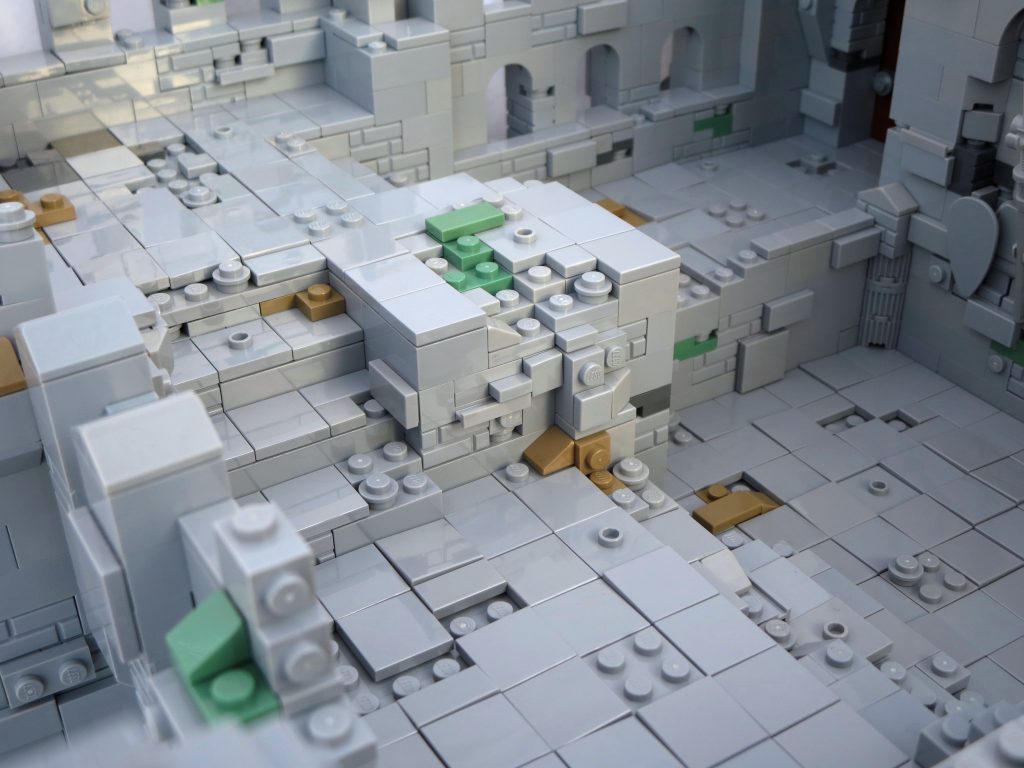 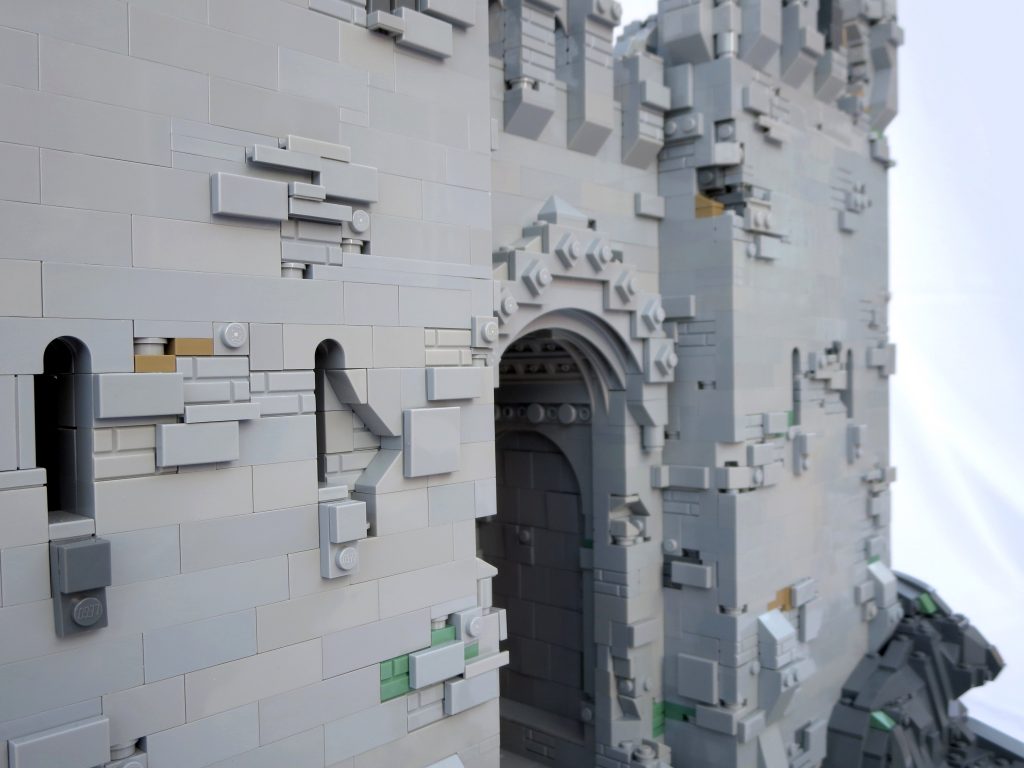 This castle has an interesting past — if only those walls could talk.