Inspired by Australia’s new icebreaker and armed with plans and blueprints of the actual ship, Ryan McNaught assembled a team of builders who brought this monstrosity to life in a month of hard work. 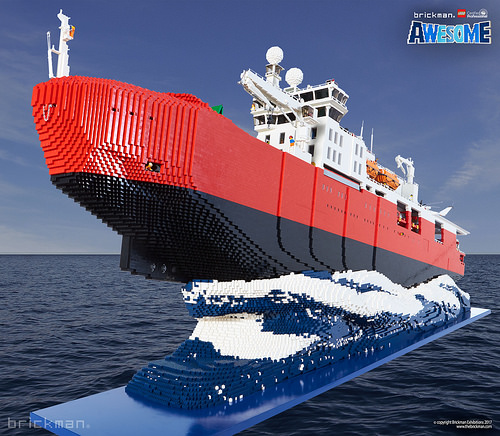 Before we move on to the ice breaker itself, the colossal wave the ship is cresting is beautifully sculpted, with flowing foam and very dynamic shaping, which is all too rarely seen in LEGO. As for the creation’s focal point, the huge ice breaker, it is full of details everywhere; from cranes and lifeboats to the bridge with all sorts of radars and antennae on top. The curves look good, even though it is built from simple bricks without fancy techniques, which still shows a unique sort of charm. From the photo above you might think the ship looks somewhat incomplete, but that is actually because the back half of the ship is cut away, displaying a fully detailed interior.

There interior is very realistic, filled with everything from engines to crew quarters, a large cargo bay and so much more. Nearly every room has minifigs in it doing something and it is a blast going through the build, exploring all the action. 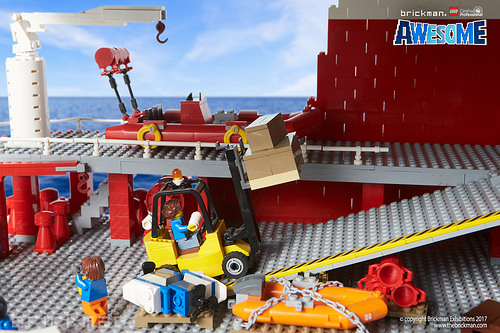 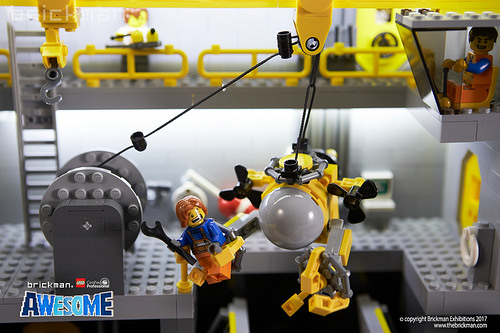 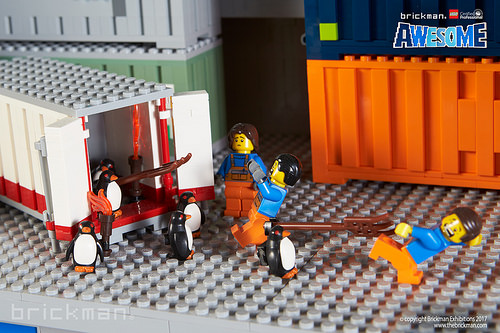