The University of Colorado Boulder has an ongoing project to construct a LEGO version of its campus, built by a team of LEGO builders. Imagine Rigney has just finished building a LEGO version of the Macky Auditorium Concert Hall, where dozens of major College of Music performances take place each season. The auditorium is over a century old, and its Neo-Gothic architecture style has been nicely captured in LEGO bricks 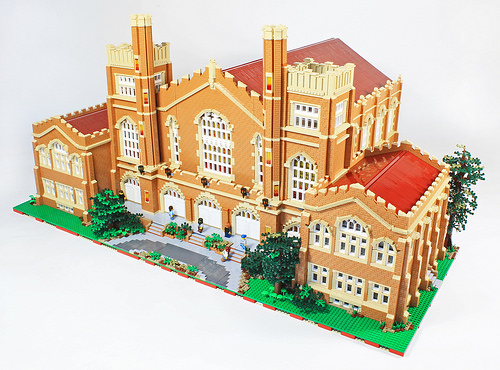 Can I ask that you please turn off your cell phone, as a concert is currently in full swing. 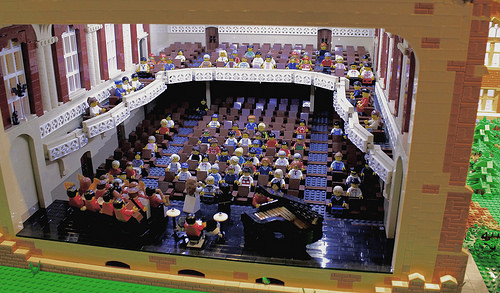 Situated in its surrounding landscape, the structure only becomes more impressive. 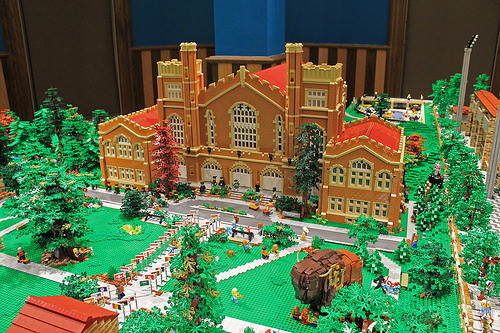 We have also highlighted Imagine’s LEGO versions of two other UC Boulder buildings that form part of the installation, the Koelbel Building and Old Main, and together they all comprise an amazing diorama. 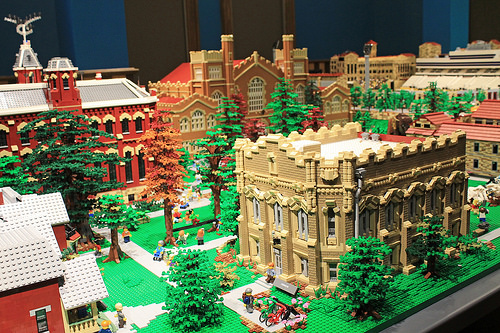 Here Imagine works on one of the buildings, and also provides a sense of scale to this incredible layout. 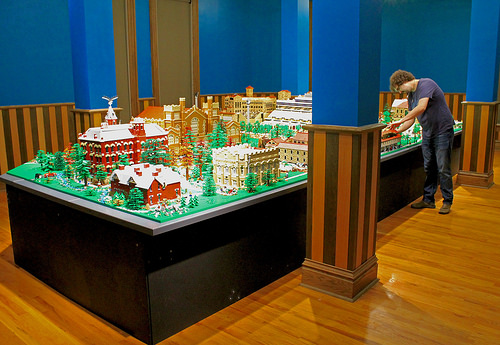