Welcome to Day 5 of our LEGO Advent Calendar countdown. Each day, we’ll reveal the three mini-builds from the LEGO City, LEGO Star Wars, and LEGO Friends 2017 advent calendars along with commentary from our team. 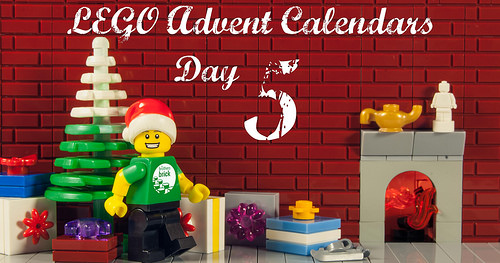 If you’re opening one (or more) of these advent calendars along with us, we’ve made sure the pictures and commentary on each day’s models will be behind a jump and posted in the evening every day, so we don’t accidentally ruin the surprise. Let’s take a dive into Day 5!

For Day 5, we have a mini gingerbread house from City, a Resistance Officer minifigure from Star Wars, and a pink-nosed pug from Friends. 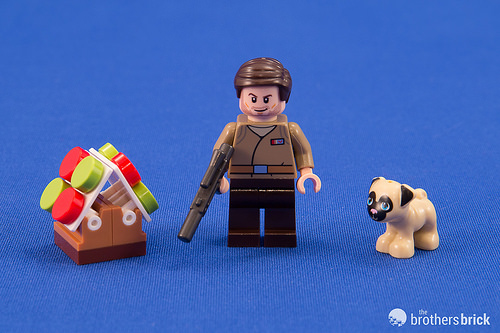 Chris: A man, a pug, and a plan to get the gingerbread house he deserves. Starring Liam Neeson. Honestly though, for being made of 12 pieces, that’s a pretty clever little gingerbread house. I think if I opened my Friends calendar on Day 5 and all I got was a single element, I might cry though.

Dave: The gingerbread house is adorable, and those medium nougat (or medium dark flesh according to LEGO) hinge bricks have only ever appeared in Clayface from the LEGO Batman Movie. The Resistance Officer sports my favorite male minifig hairpiece too—so slick and proper. And I actually got to open the Day 5 Friends panel and I did cry… on the inside.

Edwinder: I have no idea how Chris and Dave spotted a gingerbread house! I thought it was a tiny dog house for the pug to live in… or snack on—take your pick. I really get it now: a Resistance Officer doing his daily duties, one of which is taking the pug for a walk. I wonder what enemies lie ahead for him to be armed?

Luka: There is no question what the best of the builds is, as the gingerbread house leads by a lot. Still, the Star Wars minifig has some nice colours, prints and a cool hairpiece, but the single pug from the Friends calendar just seems like a cheat. However, thinking about the main target audience, an animal will probably make them happier than most other days’ builds. 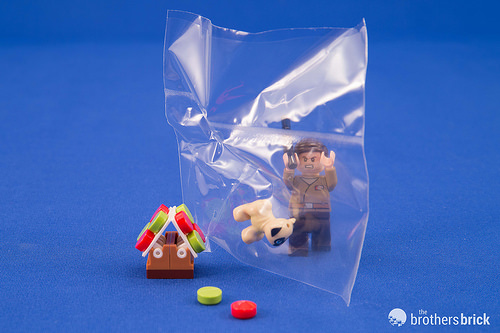 Chris: No, seriously, the pug came in a polybag. You have to open the window, then open the bag, then do nothing.

Dave: Even the Resistance Officer is disappointed with the silly bagged pug. Though animals do tend to be more expensive to produce, I can only imagine the sadness of a kid only getting a single piece.

Edwinder: Once again, it all makes sense: the only reason the pug was in a baggy was for the Resistance Officer to save the day! The reward? Gingerbread snacks for everyone!!!

Luka: Actually, the little polybag is a useful piece on its own, now that I think about it. Works well as water or something.

Daniel: Looks like the gingerbread house has the last laugh. Pug and man trapped in plastic.