This iconic photo of two top-billing Hollywood stars holding their minifigs has been making the rounds in the LEGO-sphere, re-shared and re-surfacing regularly over the past couple of years. Our curiosity got the better of us… Was it a conspiracy from the LEGO Group? Was it a tease of an upcoming X-Files theme? So much mystery from this single photo. So many questions. We know the TRUTH IS OUT THERE, so we decided to do some digging. 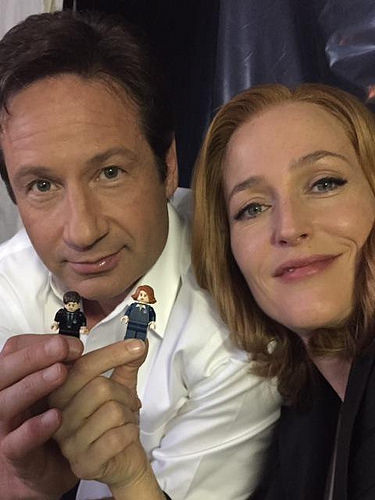 Well, a quick Google image search later and the mystery wasn’t that hard to solve! The image first showed up in 2015, shared on Flickr by Brent Waller. If that name sounds familiar to you, that’s no surprise — Brent was the creator of the LEGO Ideas 211008 Ghostbusters ECTO-1 set. 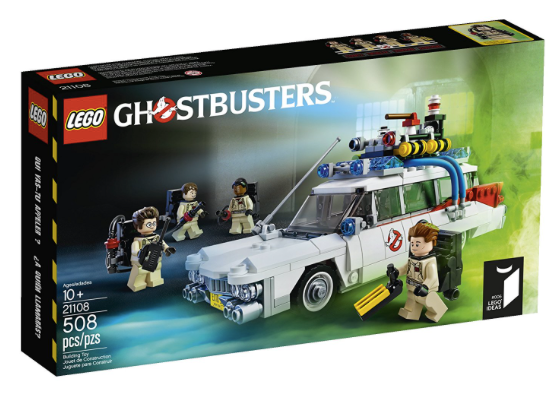 Brent has a whole Flickr album dedicated to the X-Files theme. It was to be his next Ideas project, trying to get a official sets made to for the iconic sci-fi/investigation/conspiracy series. Star Gillian Anderson provided her support for the idea with a tweet that went viral…

Unfortunately, LEGO deemed the theme too dark and did not approve the project. But how did those minifigures end up in the grip of two of Hollywood’s finest? We tracked Brent down, cuffed him to a chair, and shone a spotlight into his face, forcing the nitty-gritty details out of him…

TBB: Brent, tell us, how did you get Gillian Anderson’s attention?

I made 2 sets of figures as a test as I was considering making custom minifigs. I made Mulder’s office to go with it, and that ended up online on my Flickr page. Luckily enough, someone from her staff contacted me saying she (Gillian) loved them!

TBB: (*Mindblown*) All these years we’ve been tweeting to her and all it took was a minifigure to get her attention? We could learn lots from you, Brent.

So, I sent off my spares, hoping I could get Gillian to pose with her minifigure. Her staff took it even further and got David Duchovny too. They both dressed up in their X-Files attire, and the rest is what you see going down in history!

TBB: Let’s backtrack a little on the timelines. The Ideas submission was before or after that photo going viral?

Before. The photos she saw of the minifigs and Mulder’s office, I put them together for the Ideas project. When it had been rejected I just posted them on my Flickr page. 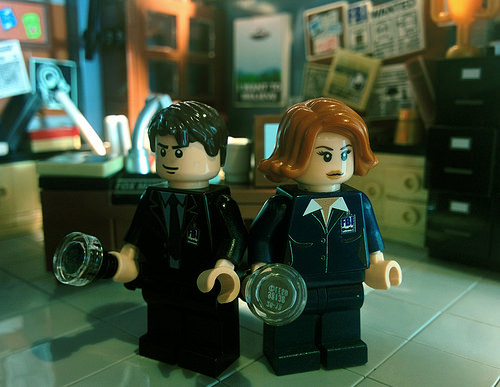 TBB: Did you let her know about the rejection by LEGO Ideas? What was her reaction?

Yeah, she was aware it was rejected when she saw it. She was encouraging me to try harder but I knew there was no real recourse for rejected projects. I had to let her know it wasn’t really a back-and-forth process. She was disappointed but there’s not much that could be done.

TBB: When did you submit the Ideas for the X-Files? We never got to see it on the Ideas site.

I submitted it in June 2015. Only a few days later and it was rejected. It was rejected outright upon submission.

TBB: Shame, although the X-Files could have been a little dark for the kids. On to the model, how accurate is Mulder’s Office? How much time did you spend on it researching it? Any particular episode you used for reference?

It’s as accurate as I could get it. I rewatched the show and grabbed a lot of screenshots, and I found some images from on-set filming. It changes a bit throughout the series, so I tried to get the most memorable details in. Things like the “I Want to Believe” poster, the trophies, and the astronaut poster.

TBB: Did this custom set ever get to Gillian or David?

No, just the minifigures. David Duchovny asked for his own set of minifigs too, which I sent over. I’ve kept the model of the office to myself. I did recreate the office in LDD and released the file online for free. (Ed: Brent now runs his own site, Waller Customs producing the Mulder and Scully figures for fans) 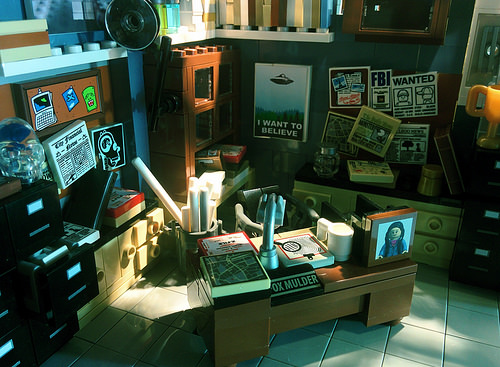 TBB: And now the most important question… Did you get Gillian’s number?

TBB: Thanks for your time Brent. It’s great to hear the full story. We wish you luck and can’t wait to see what your next LEGO Ideas might be.

Brent Waller together with his custom minifigures, Scully and Mulder! 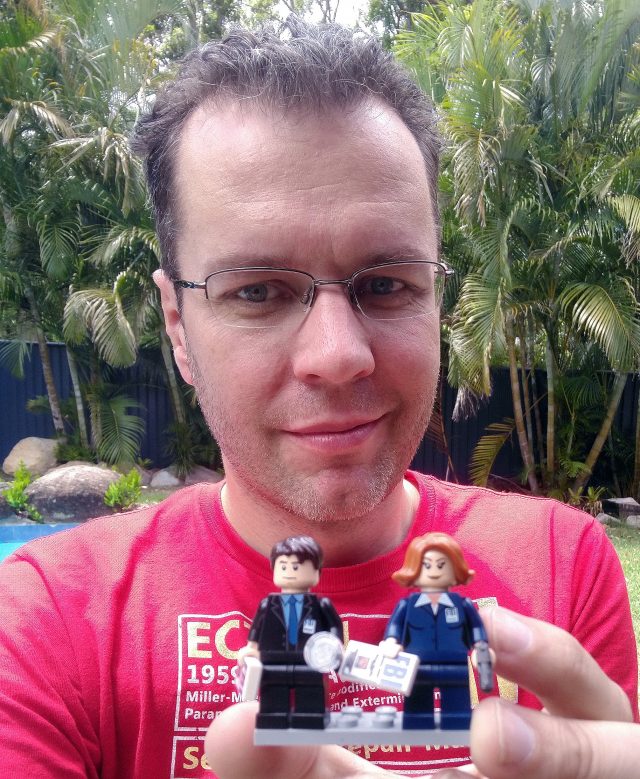 3 comments on “Case Closed: The investigation on Mulder and Scully and their LEGO minifigures [Feature]”