Any LEGO fan will recognize the old school and cartoony looking castle in this World of Warcraft-themed diorama by Mark Erickson, but those familiar with the game will see a very faithful recreation of a lore-wise, very important town in the recently announced expansion.

Mark has accurately built the fortified port town using over 55,600 pieces. The style of the game is captured well in the buildings’ construction, and the composition and shape is just like its in-game counterpart too, as this screenshot demonstrates. 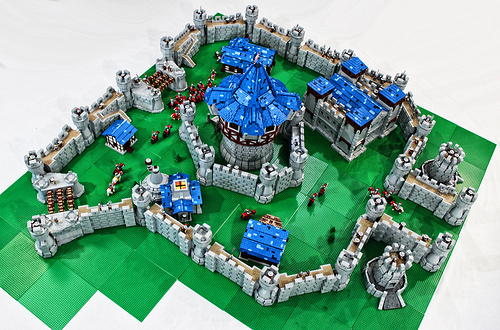 While the game’s style belies the size of this creation, those are standard green 32×32 baseplates it’s sitting on, which makes photographing this monster quite a feat by itself. But in the end, no matter how amazing the creation is… The orc in me just wants to bomb it. Lok’tar ogar!