John Donne wrote that “no man is an island”, but when it comes to LEGO creations, famous poets do not restrict your imagination. Ben Fitzsimmons has turned that saying around with his huge LEGO diorama depicting a multitude of islands each inhabited by wandering travellers.  Each unique little island is a place for rest and trade above the expanse of dark azure ocean.  This is a beautiful,  fantastical build with a touch of steampunk. The islands are all full of creative buildings like the tall lighthouse on the far right, and nice landscaping such as the waterfall spilling back into the ocean and the colourful trees.

A closer look at one part of the diorama shows some of the fun details. I love the propeller-powered pack that one traveller is wearing to cruise between islands, while the use of the ‘hot air balloon part’ as a sail works well at this scale. 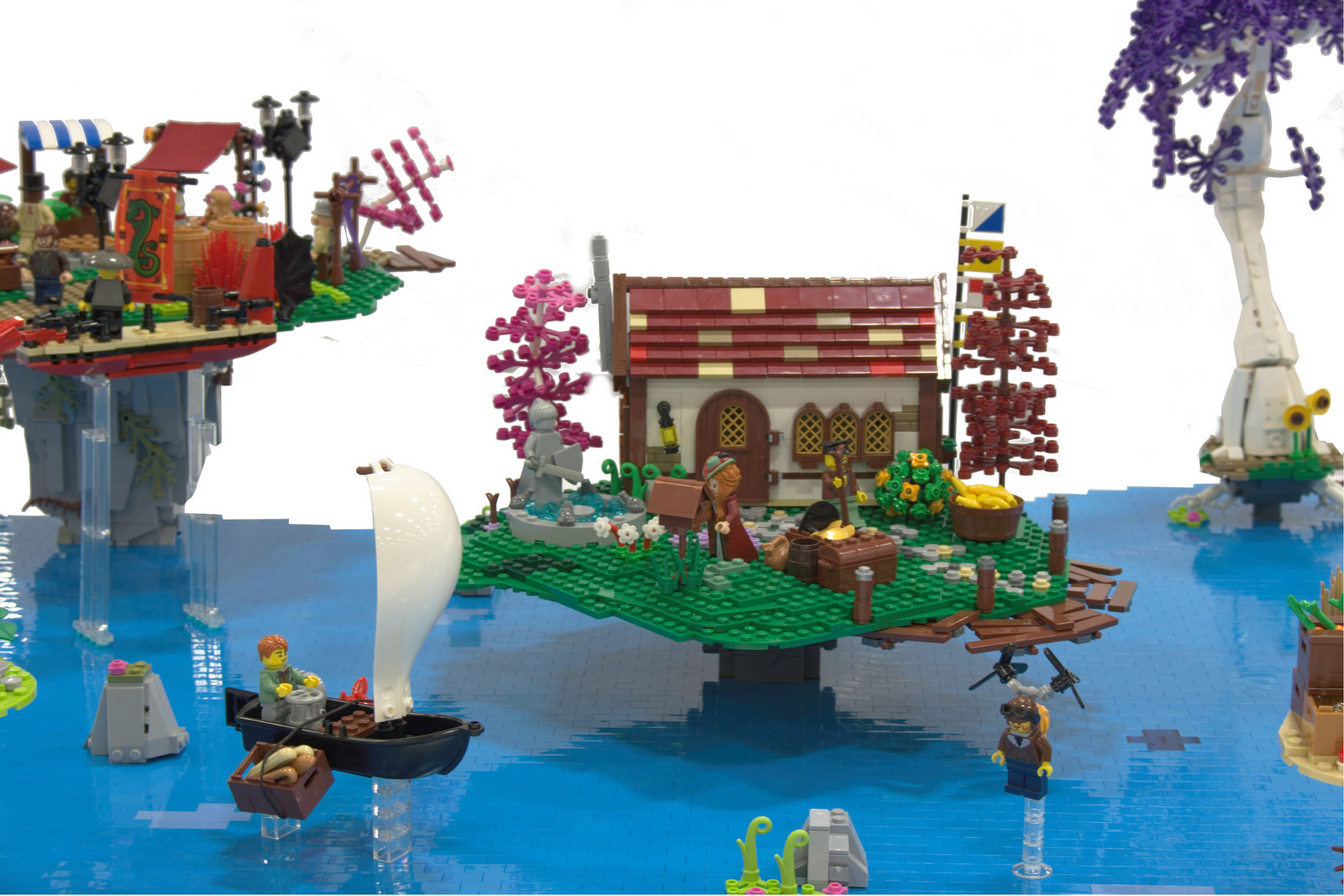 Ben’s diorama won the Steampunk category at Brickfair Virginia this year and I imagine the build was even more impressive to see in person.