Sometimes LEGO mecha designs are based on existing concept art, but occasionally they feel like their inspiration came from a particular piece or a certain idea for a shape. These two mechs by Khairul Nizam seem to fall into the latter category. The dome-shaped heads and stout limbs are key elements in the design, with the body widening towards the top to emphasise the curve of the cockpit cover. 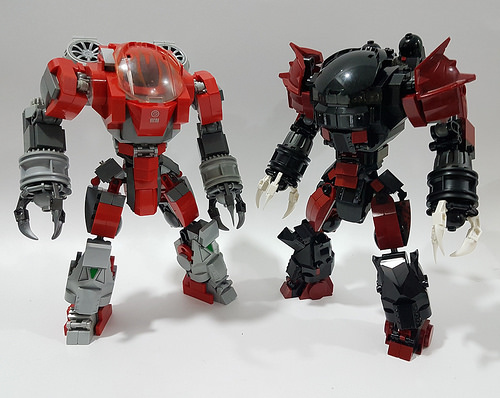 The mecha are nearly identical in the design of their structural frame, but despite their similarity, each has interesting parts that make them unique. This gives them each an individual character, but also a sense of belonging in the same universe.