Summer (if you live in the Northern hemisphere) is movie blockbuster season, and it’s already turning out to be a good one! What better choice for our August cover photo than this beautifully decked out retro movie theater façade by RVA LUG, which comes complete with LEGO-themed posters and is illuminated using 260 lights. 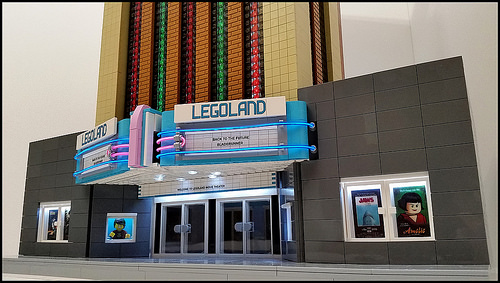 Want to see your own LEGO creation featured across TBB social media for a month? Then read the submission guidelines and send us your photo today.