There’s a strong possibility that I’ll be traveling to Japan for work later this year, and I’ve spent the last couple of evenings revisiting childhood haunts via Google Maps and looking at rail connections to get from one end of the country to the other. This train station by Japanese builder Kaz Fuji was thus quite timely as I plan potential rail travel to places like Kyoto and Nara. 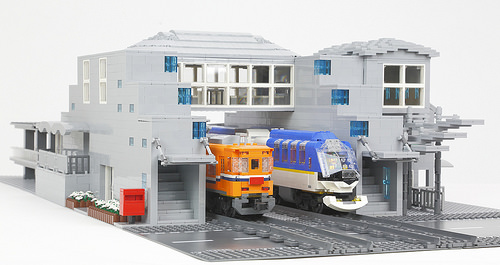 Hyōtan-yama Station is on the Nara Line between Osaka and the ancient capitol, which predates both feudal Kyoto and modern-day Tokyo. This overhead shot showcases the interesting curves Kaz has built into the station structure. 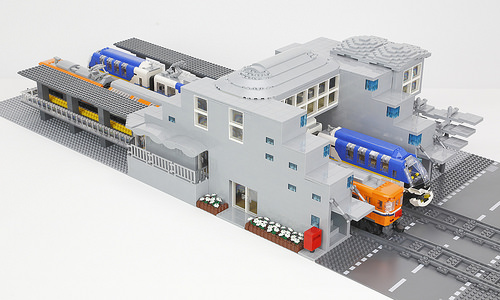 In addition to a sleek 50000 series express train in blue and white, Kaz has included the 30000-series EMU (electric multiple unit) in lovely orange, reminiscent of the former livery of subway cars on the Ginza Line in Tokyo. 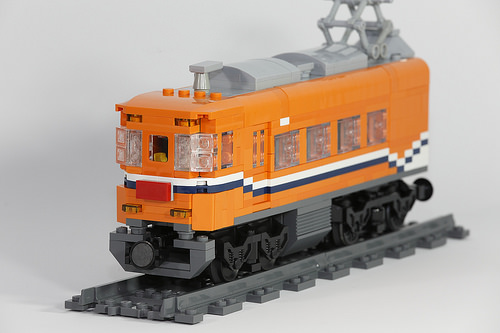