There’s definitely a creepy feel to this microscale LEGO scene — it seems that a little extraterrestrial tourism has led to a sudden drop in the population, as if something untoward has left a rather full looking graveyard on the ground and a large ‘not of this world’ city in the sky. Kale Frost has left the exact history of events to our own imaginations, but the title “After the Martians Came” suggests a post-apocalyptic exodus from Earth. I love the use of the stud shooter trigger for the headstones in the graveyard, and Rocket Boy’s rocket outfit gives a nice retro 1960s film feel to the scene. 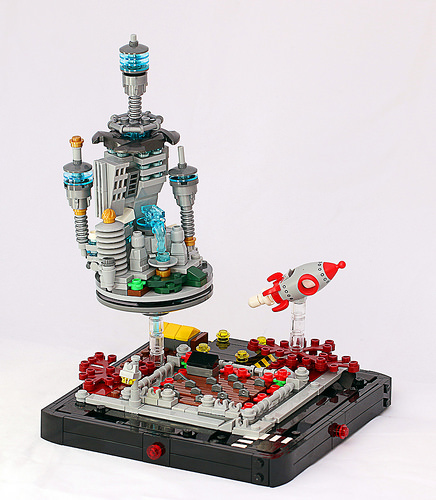 A closer look at the ground shows that a surprising number of parts have been utilised to make this microscale scene. The street lamp is cute and the damage to the streets is another sign that all is not well in town. 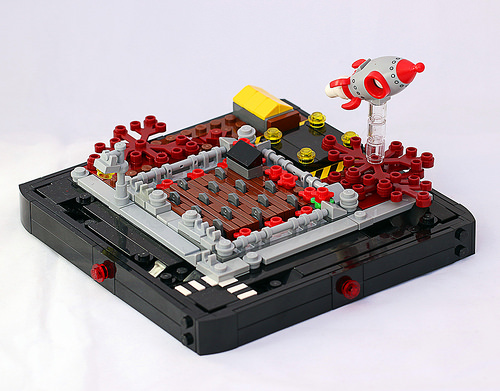