Though never seen in any Star Wars movie, white speeder bikes always seemed appropriate for Scout Troopers, perfectly matching their armor. One could almost imagine them patrolling a cold, icy planet like Hoth. This build by James Shields gives us a visual delight as it seems quite simply a natural color for them to be in.

A tiny build at only 44 parts, yet with amazing detail, if you like them as much as I do, get your bricks out and start building because instructions and parts can be found over at Rebrickable (also available as a PDF for non LDraw users). 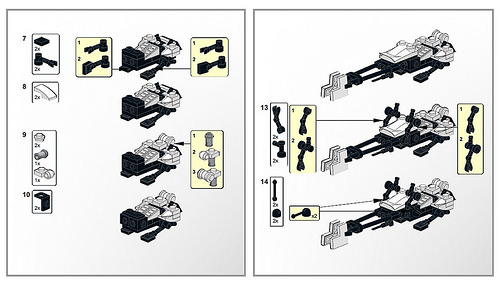