One of the LEGO Speed Champions cars released earlier this year that we overlooked — perhaps distracted by the truly awesome 2016 Ford GT & 1966 Ford GT40 (my favorite Speed Champions set yet) — was 75877 Mercedes-AMG GT3. Before we dig into reviews of the summer 2017 LEGO sets, let’s catch up with this speedy little roadster. 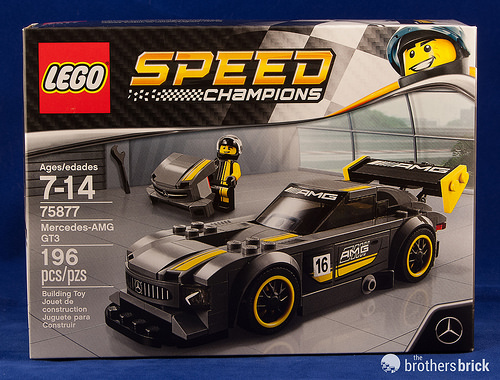 The LEGO Mercedes-AMG GT3 retails for $14.99 and includes 196 pieces, including one minifigure. The set’s pieces come in several unnumbered bags, with the sticker sheet loose inside the box. 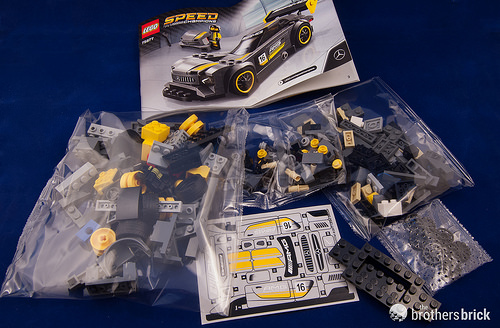 Like all other Speed Champions cars, the GT3 makes extensive use of studs-out connections on brackets to achieve the exterior shaping. 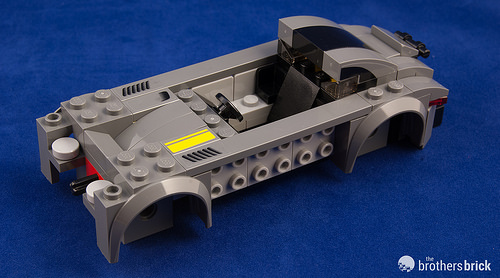 But like the Bugatti Chiron, the rear headlights are built with techniques that would normally be considered “illegal” in official LEGO sets. The designers of the LEGO Chiron used a red rubber band for purely visual purposes, while the GT3 designers have angled a pair of trans-red tiles with single-stud connections. 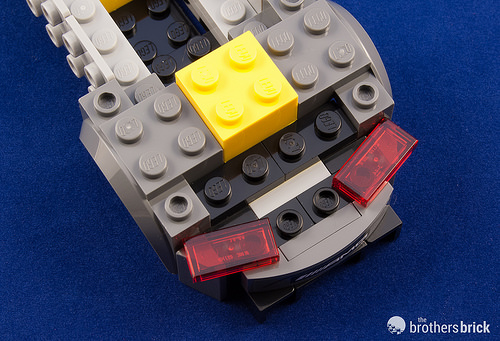 One of the really interesting aspects of this particular Speed Champions set is that it converts between the road and racing variants by swapping out a modular front end and adding or removing the rear wing. 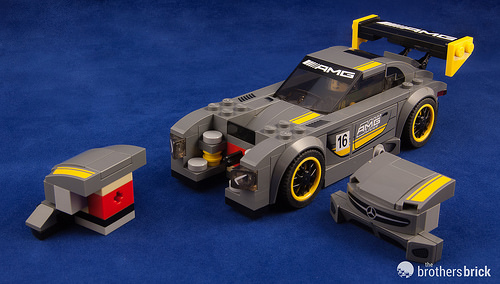 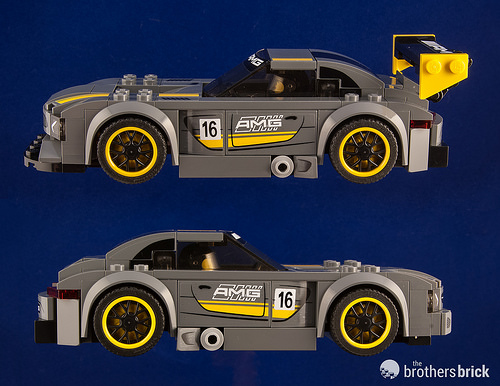 The rear of the car has a diffuser underneath, which isn’t modular and remains in place even after you convert the car from racing mode to road mode. As on the 2016 Ford GT race car, it’s a really cool, realistic level of detail regardless.

The super-long front end that makes the real car’s shaping so iconic is particularly evident when the LEGO car is in road mode. The stickers that make the racing version so realistic are a bit distracting, though, and I’m not sure that 1×1 stickers on several cheese slopes were entirely necessary. 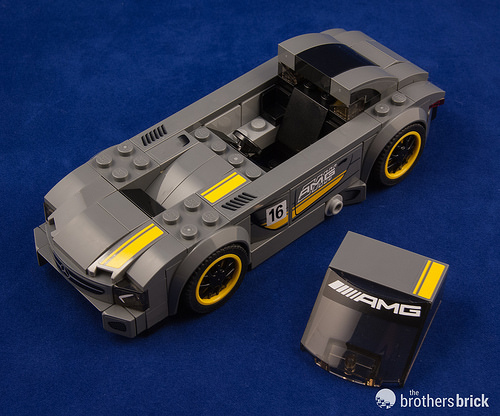 The one minifigure that accompanies the GT3 is your standard racing car driver, with a head that’s in 32 other LEGO sets. He wears an AMG racing suit, with no hair under his helmet to get in the way of achieving top speed. 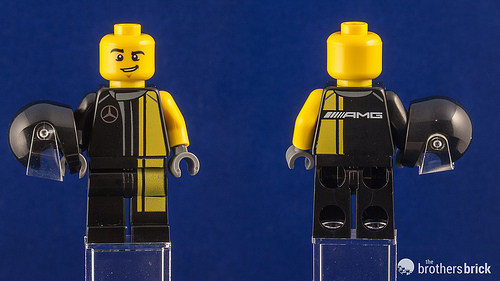 While I’m not a huge fan of the real-life car (I pine deeply for my own 1960’s Ford GT40…), the LEGO set does accurately capture the car’s long silhouette, and the racing details in particular are highly accurate. This is a fun little set, and you basically get two cars for the price of one. And at $14.99 for 196 pieces, you’re also getting a pretty good deal on parts.

The Mercedes-AMG GT3 might not be the coolest or fastest of the current batch of LEGO Speed Champions cars, but it’s still a fun little build at a good price.