The unmanned Cassini-Huygens spacecraft has been in the headlines recently as she sends back “swan song” images of Saturn’s rings after a mission lasting over 19 years. Strictly speaking, only the Cassini orbiter portion continues to travel, as the Huygens lander successfully landed on Saturn’s moon Titan back in 2005. Chilean builder Luis Peña has built a LEGO version of the Cassini-Huygens spacecraft, seen here superimposed over an actual Cassini image. This is a pre-2005 version of the craft with the orange Huygens lander clearly visible, and I love the technique used to build the low gain antenna at the font. 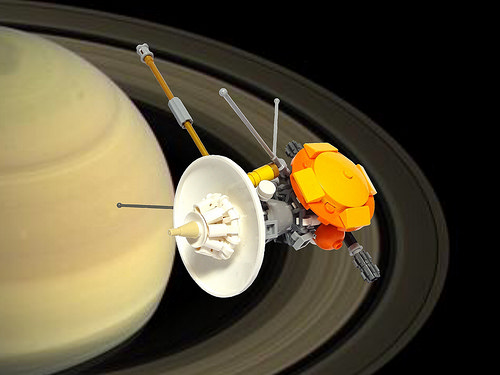 A look at the other side of Luis’ LEGO version shows considerable attention to detail – this is very much a 3d model of Cassini-Huygens. The two 445 Newton engines are depicted using ice cream cone parts, while a pair of Technic gears depict the three radioisotope thermoelectric generators. 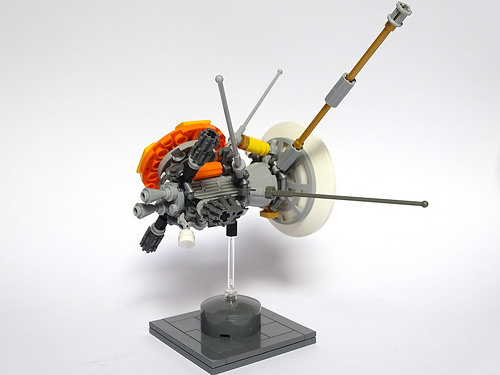 Due to a dwindling fuel supply, the spacecraft has entered the Grand Finale phase of its mission before a kamikaze pass through he gap between Saturn and its inner ring, before its intentional self destruction within Saturn’s atmosphere on September 15, 2017.

2 comments on “LEGO Cassini Huygens is a dead ringer”