Everyone needs a bit of downtime, even in space! This month’s TBB cover photo is this scene from English builder Jon Blackford showing what Benny the Spacemen gets up to after hours. When I first saw this it immediately reminded me of that scene from 1972 movie Silent Running. But that’s because I’m practically as old as space itself. 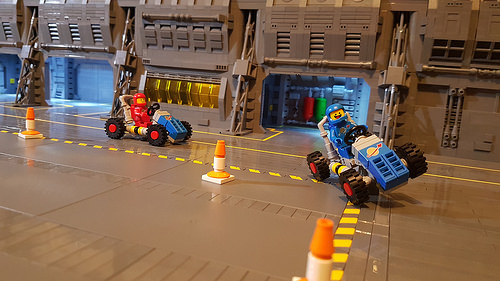 Want to see your own LEGO creation featured across TBB social media for a month? Then read the submission guidelines and send us your photo today. Photos that do not meet the submission guidelines will not be considered, and will be removed from the group, lost, found, subjected to public inquiry, lost again, and finally buried in soft peat for three months and recycled as firelighters.