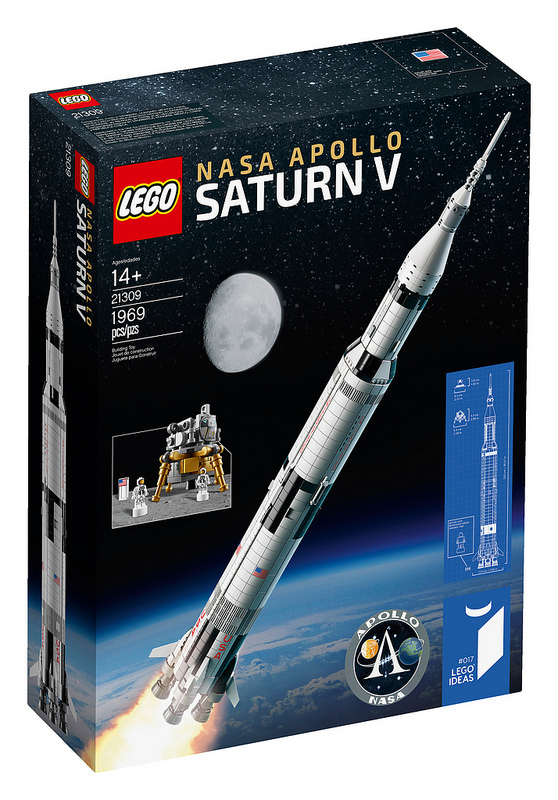 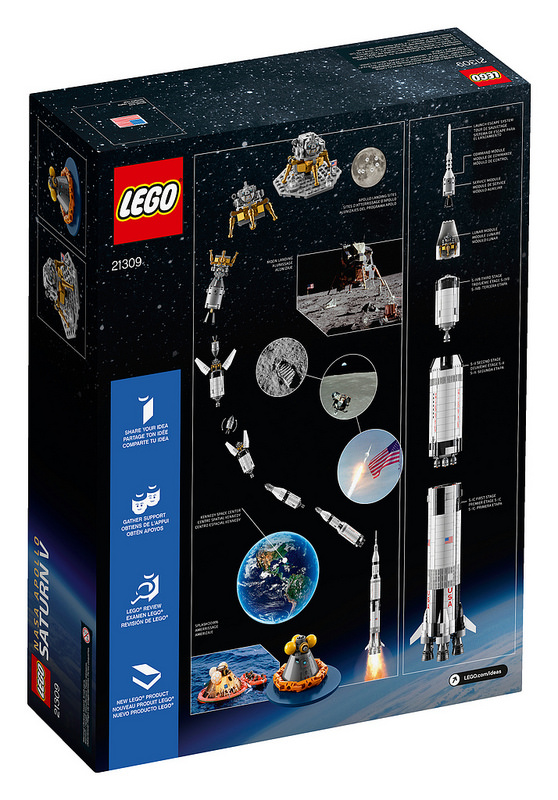 Build the first rocket to land people on the Moon!

Display and role-play with this majestic meter-high LEGO® brick model of the NASA Apollo Saturn V. Packed with authentic details, it features 3 removable rocket stages, including the S-IVB third stage with the lunar lander and lunar orbiter. The set also includes 3 stands to display the model horizontally, 3 new-for-June-2017 astronaut microfigures for role-play recreations of the Moon landings, plus a booklet about the manned Apollo missions and the fan designers of this educational and inspirational LEGO Ideas set.

• Features a meter-high (approximately 1:110 scale) model of the NASA Apollo Saturn V with a removable S-IC first rocket stage with main rocket engine details, removable S-II second rocket stage with rocket engine details, removable S-IVB third rocket stage with the Apollo spacecraft and rescue rocket at top of the whole spacecraft, plus 3 stands to display the model horizontally.
• The Apollo spacecraft features the lunar lander and the lunar orbiter.
• Also includes 3 new-for-June-2017 astronaut microfigures.
• Great for display and role-playing the manned Apollo Moon missions.
• Includes a booklet about the manned Apollo Moon missions and the fan designers of this set.
• This set includes over 1,900 pieces.
• Measures over 39″ (100cm) high and 6” (17cm) in diameter. 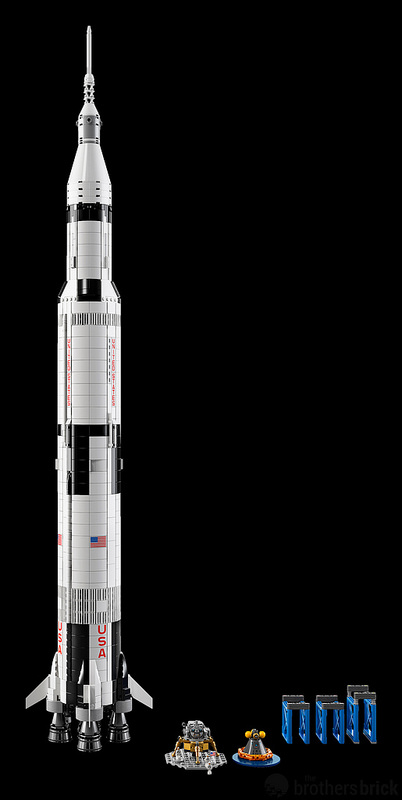 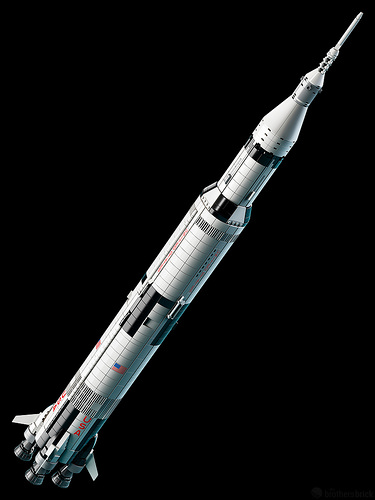 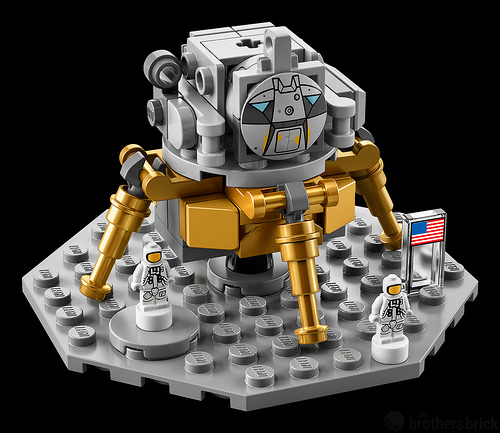 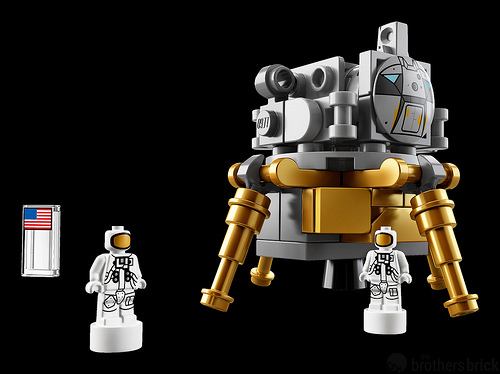 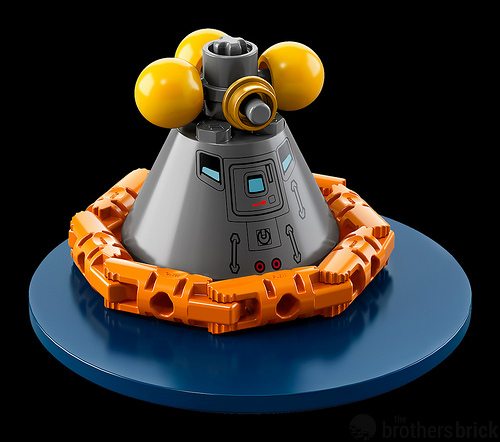