In the 1970s a British television sci-fi show about an alien invasion of Earth called UFO was shown in the UK and Canada. It was created by Gerry Anderson and Sylvia Anderson, who had previously made several successful children’s science fiction programmes, the most famous of which was Thunderbirds. Andrea Lattanzio‘s latest build is the show’s S.H.A.D.O. Moonbase Interceptor, the primary defence spacecraft of a highly secretive agency called Supreme Headquarters, Alien Defence Organisation or SHADO for short. Andrea has really captured the hull shaping and red stripe details of the Interceptors with their comical nose-mounted nuclear missiles. The Interceptor is instantly recognisable to those of a certain age ;-) 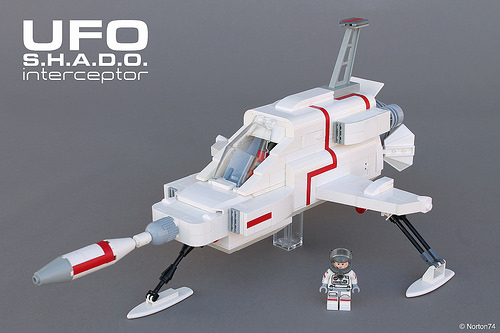 Not content with just having the outward shaping, the cockpit and roof can be removed to show some interior details including control sticks, a comfy red pilot seat, and some powerful-looking engine areas. 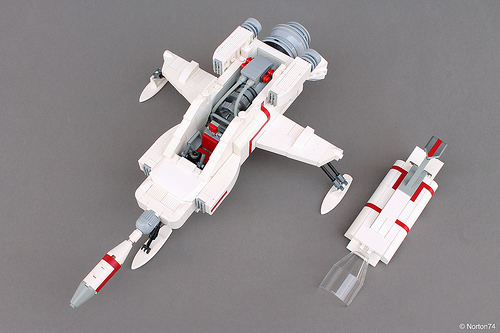 My only slight concern is the fit of the cockpit wind-shield, as the gaps might be a little “problematic” in the vacuum of space.