While not luxurious, it is definetely the desire of any apocalypse survivor to find somewhere like this cellar to hunker down. This particular “palace” by Gareth Gidman was built for the Brrraaaaaaaiiiiinnnssss!!! contest on Eurobricks. The cellar section looks very lived-in, with weapons and sustenance positioned so it looks filled, but not cluttered. I should point out the use of broken tiles; while not purist, it is good that the builder found a way to still use his ruined pieces. On the ground level we see some well-built decay with a broken window, overgrowth, and cracks in the walls. Some nice minifig action makes for a well-rounded scene. 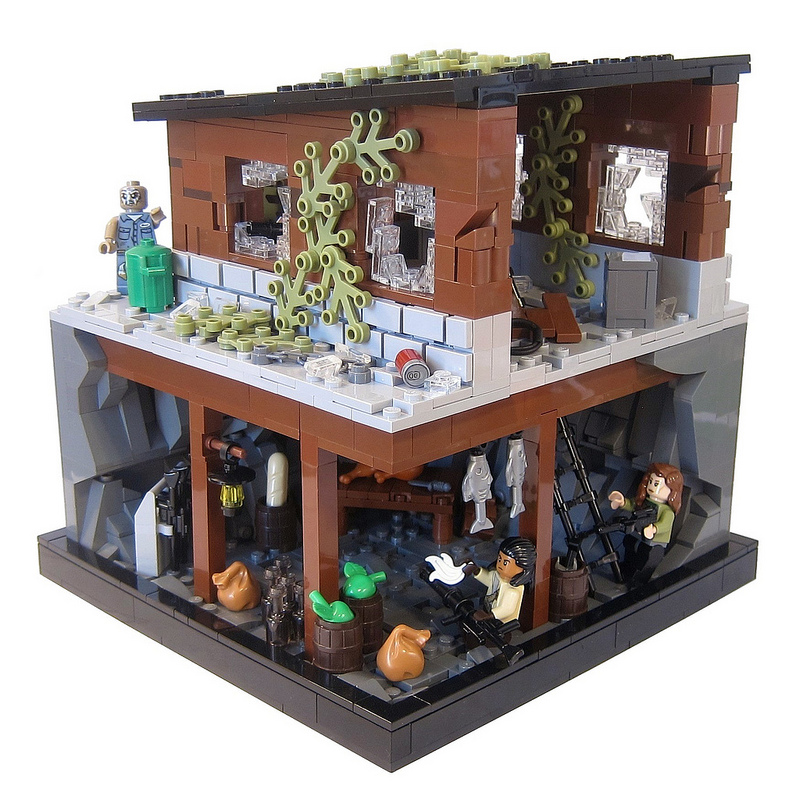 (As a side note, I have seen brown pieces break much more often than other colours, and seeing Gareth’s broken brown tiles, I am more convinced that this is statistically relevant.)