LEGO announced last summer that the Apollo 11 Saturn V rocket would be among the future projects turned into an official set from the crowdsourcing platform LEGO Ideas, targeting a tentative release date of summer 2017. Today LEGO has released a teaser image of the Saturn V, giving us our first official look at the final model. They’ve also confirmed a June release for the set. 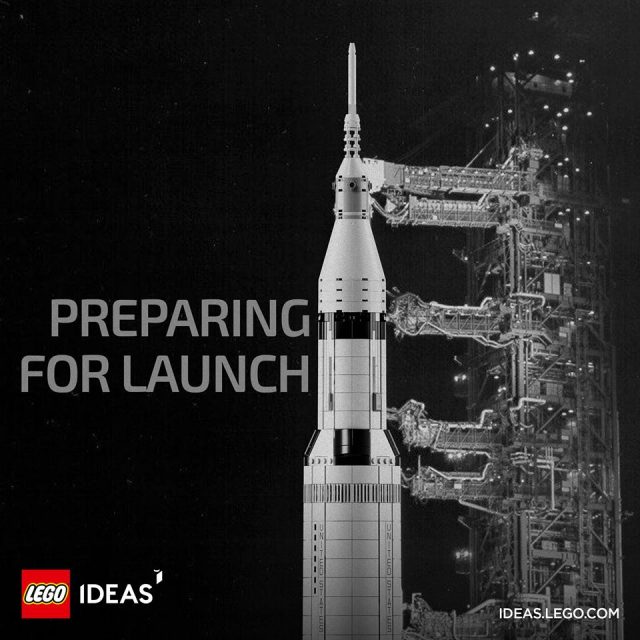 Although LEGO has given no indications yet on piece count or pricing, it’s clear the model will be massive, and significantly larger than the 2003 Saturn V Moon Mission set. Judging by the scale we can see in the photo above, the rocket will likely stand more than two feet tall, with the main rocket stage about 12 studs in diameter.

While a few design changes have been made (most prominently the removal of the now-discontinued girder element near the top of the nose), overall the model seems very similar to the original design submitted by saabfan and whatsuptoday. 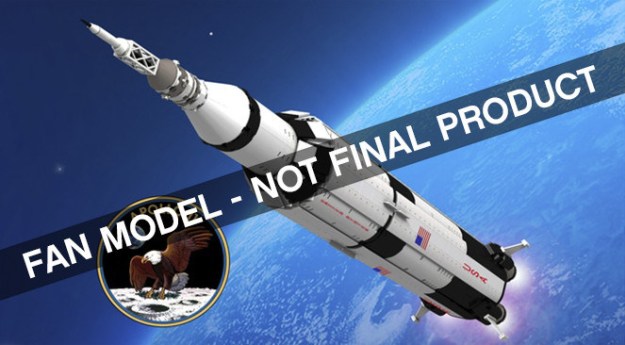 We also don’t know yet if the model will include the Lunar Module, which is neatly housed inside the rocket on the original fan-created design. We certainly hope it will be, though, since it’s a fantastic design that adds a lot to the rocket. 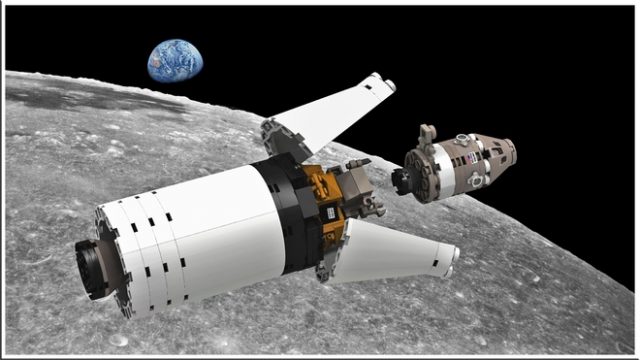 The Saturn V will be the first of two NASA-themed LEGO Ideas sets, with the Women of NASA set having been officially selected last month. That set will likely be available for purchase in 2018. 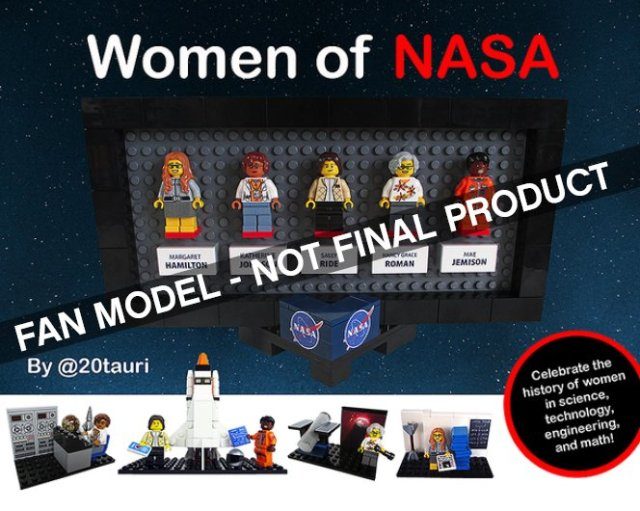