Life is a mess. Look anywhere and you’re sure to see clutter, trash, and other signs of waste. This is a fact builders can easily forget when aiming to create a lifelike scene, but it’s certainly not the case with this pile of garbage by David Guedes: 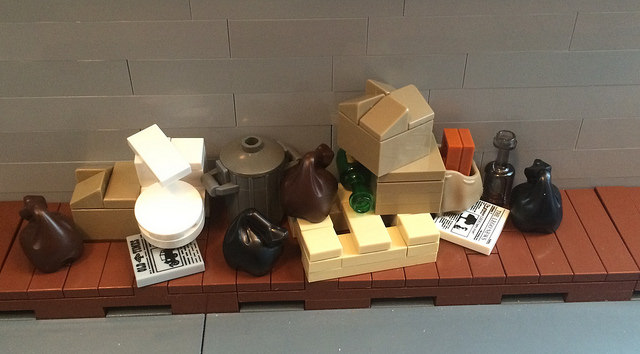 If you’ve ever been down an alley of any major city on the planet, then this is going to be a familiar scene. The busted toilet, piles of cardboard boxes, newspapers and other assorted trash capture a common though rarely highlighted aspect of the inner city. It’s this attention to detail which can really bring a LEGO city scene to life. Heck, I’d go so far as to say this garbage looks rather attractive. The real stuff, well, not so much.