The late Carrie Fisher had been scheduled to appear next month at Seattle’s Emerald City Comic Con, so I decided to make a Leia tribute for the convention’s Brick Nation display. We’ve already seen LEGO tributes showing a demure Princess Leia shoving a floppy disk into some poor hapless droid, but I wanted to recreate a moment from the original trilogy that captured Fisher’s feisty character! Jabba’s death scene from Star Wars: Return of the Jedi seemed appropriate (…ignoring for a moment the fact that this is basically a PG-rated movie that features a brutal and drawn-out murder scene) 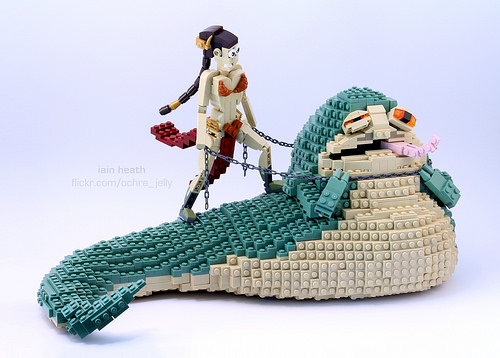 The design of Leia was heavily inspired by the character building techniques of one of my favorite fan builders, Pacurar Andrei (aka Vitreolum) who we interviewed last month. 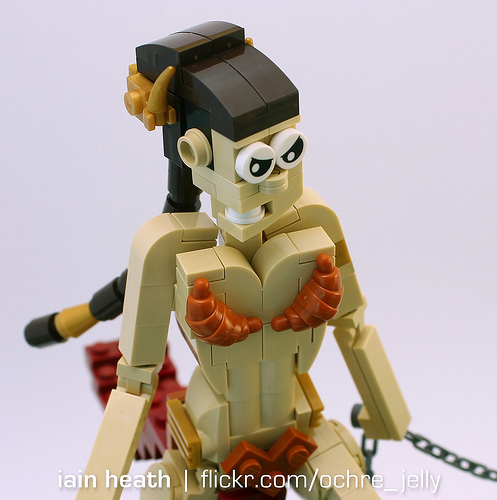 The green hide of the powerful, mighty and soon-to-be-Sarlaac-fodder Hutt consists almost entirely of 1×2 sand green plates from my local LEGO store’s Pick-a-Brick wall. As you can imagine, having such a limited selection of bricks in this color made its construction rather challenging! 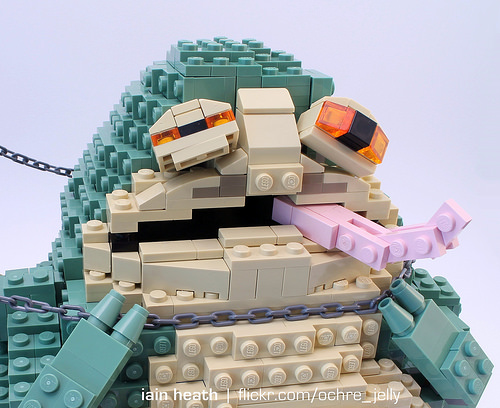 The layout of the model is not meant to be screen-accurate, but more of a heroic re-imagining of this memorable scene, and is inspired largely by a toy that Sideshow Collectibles produced a few years back. Not being bound by the original color scheme of Leia’s costume also allowed me to make deft use <ahem> of my only two croissant bricks. I also had to take an X-Acto knife to every one of the dark gray chains in my collection to create one large enough to fit around Jabba’s immense gullet. 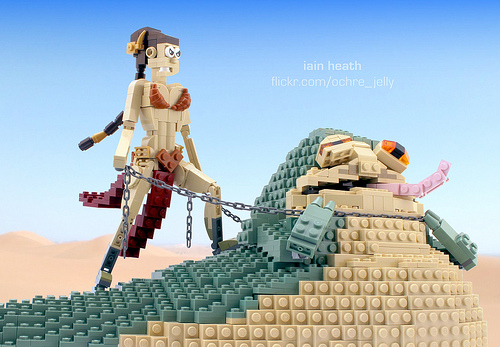