The Fire Department of the City of New York (FDNY) is the largest municipal fire department in the United States, but Engine 54 stands out within this huge fire department, and its firehouse is known the “Pride of Midtown”. Fifteen members of Engine 54, Ladder 4, Battalion 9 were killed while responding to the attack on the World Trade Center on September 11th, 2001. sponki25 has built an accurate scale model of Engine 54, a 2014 Seagrave Attacker HD 2000/500 High Pressure Pumper that is only six studs wide but packs an incredible amount of detail within that small space. 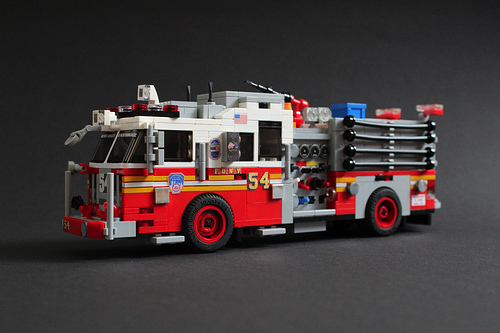 There are plenty of brick-built details within the six-stud wide confines. The home-made stickers may not be to everyone’s taste,  but you have to admire Sven’s attention to even the smallest detail. It is also touching that Sven has dedicated this particular build to the memory of Engine 54’s heroes. 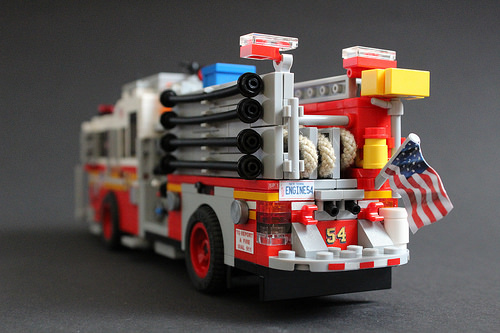 Sven has a growing collection of FDNY apparatus that you can see in his FDNY album, including the FDNY Ambulance below. I simply had to share this image of his ambulance responding to a scene, Sven’s minifig scale Stryker stretcher is really an awesome little build. 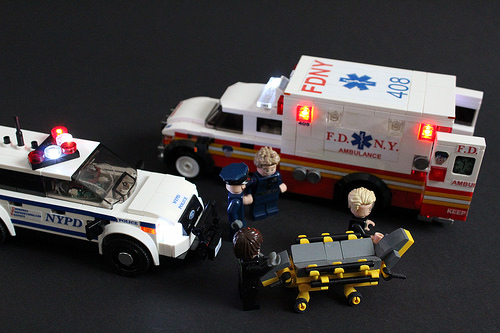 2 comments on “Engine 54 is the pride of Midtown”