Continuing our coverage of LEGO at New York Toy Fair 2017, we’re happy to bring you newly unveiled sets for Star Wars. We anticipate these sets being available in June or September.

First up, 75178 Jekku Quadjumper will be available June 1st for $49.99, with Rey, Finn, another one of Unkar’s thugs, plus a First Order stormtrooper. 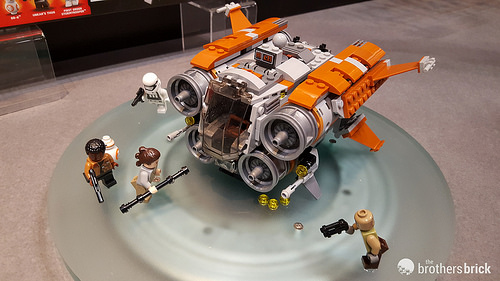 The Quadjumper has a knob on the top, which I’m hoping makes it explode (we’ll see). The rear of the vehicle showcases the huge engines and rear hatch. 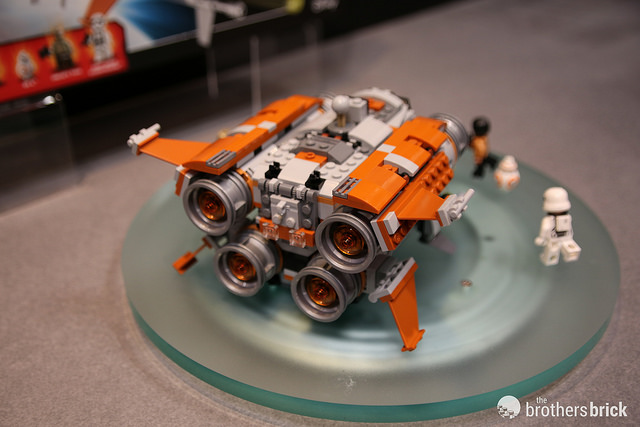 75180 Rathtar Escape is an 836-piece playset of the Eravana highlighting the scene in The Force Awakens when our heroes escape the rathtars and Guavian Death Gang. The set includes Han Solo, Chewbacca, Bala-Tik, and two Guavian Death Gang security soldiers. The set will retail for $79.99. 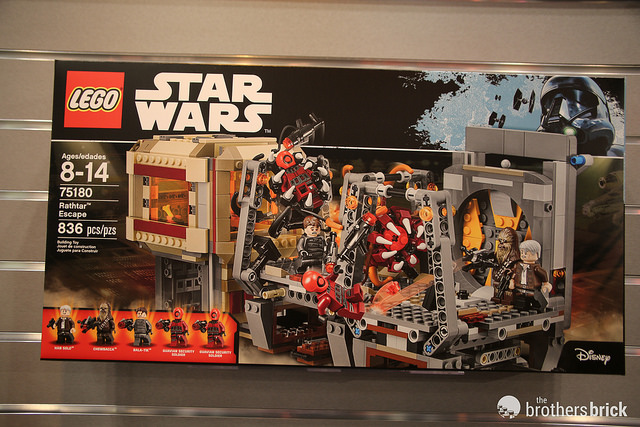 The 2017 LEGO Star Wars Advent Calendar (75184) appears to be themed around the most recent movies, with minifigures and mini-models from The Force Awakens, Rogue One and Rebels. 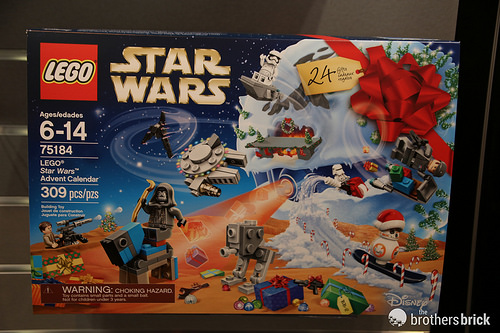 Twi’lek Jedi Aayla Secura finally gets a non-animated version of her minifig, in a redesigned 75182 Republic Fighter Tank, which will retail for $24.99 with 305 Pieces. 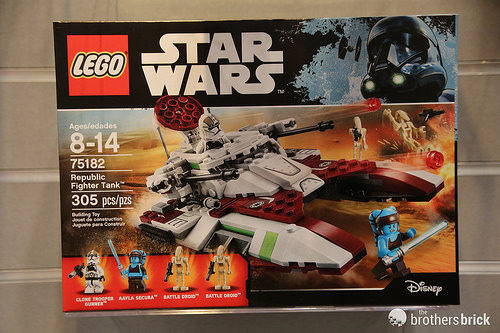 Anakin Skywalker’s transformation into Darth Vader also gets an upgrade in 75183 Darth Vader Transformation, with 3 minifigs and 282 pieces. The set will retail for $24.99. 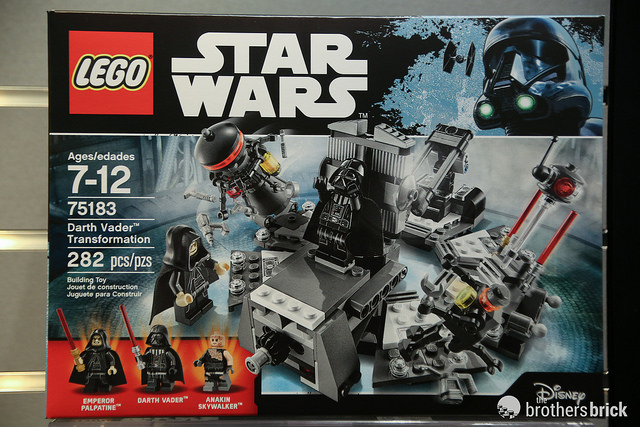 Buildable figures finally get a vehicle, with 75532 Scout Trooper and Speeder Bike. The scout trooper appears to be a standard “constraction” figure, while the speeder bike is built largely of Technic. The set includes 452 pieces, and will retail for $54.99. 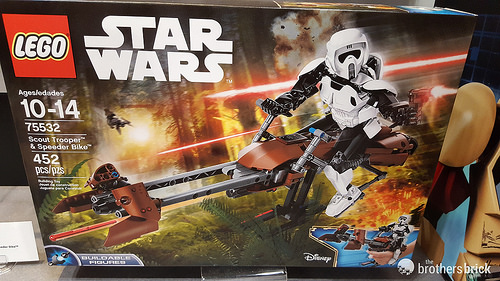 The 75166 First Order Transport Speeder Battle Pack includes what I can only assume is TR-8R (with a new shield accessory), another First Order stormtrooper, a flame trooper, and driver. 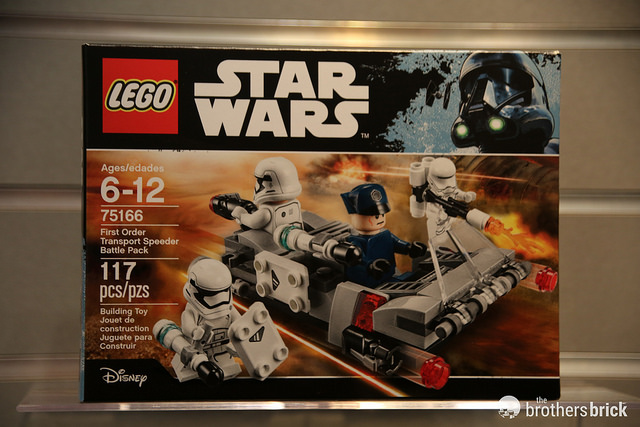 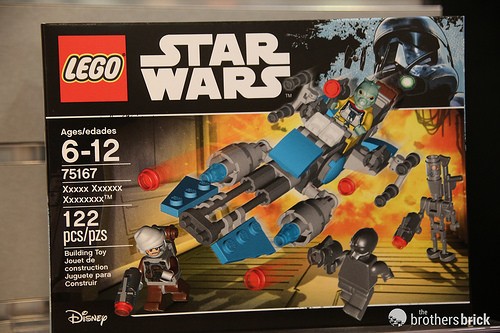 For the curious who haven’t seen this before, here’s how LEGO showcases pre-production prototypes: 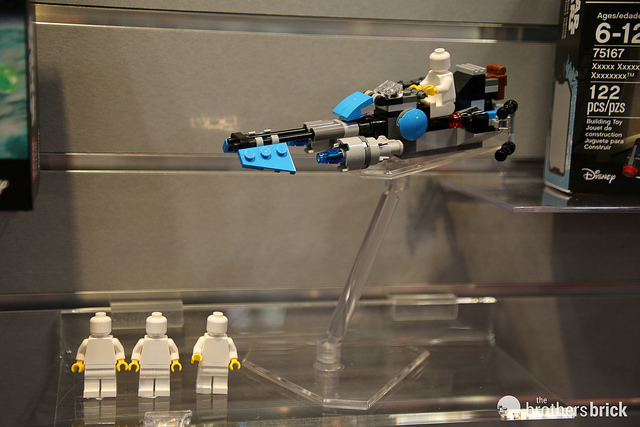 LEGO’s original Freemaker Adventures animated TV series continues to generate new sets, with 75816 The Arrowhead, due out in June at $89.99. 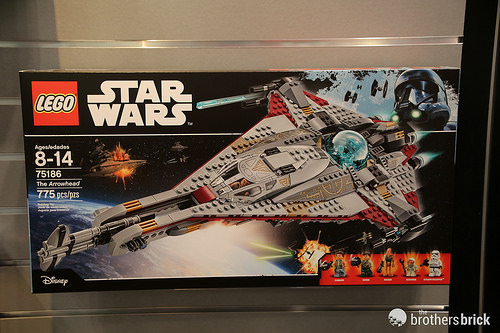 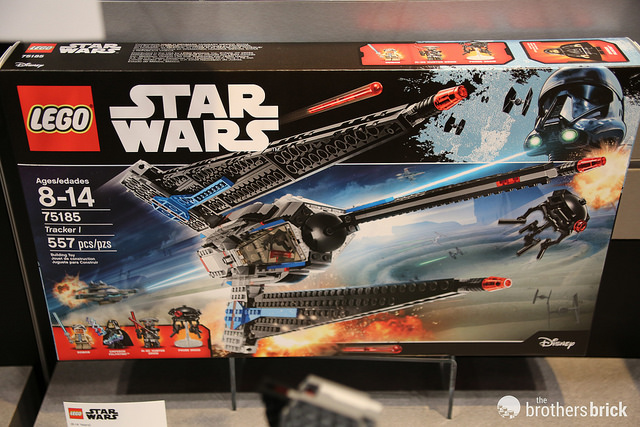